6 Birds That Look Like Ostriches: The Comprehensive Bird Guide 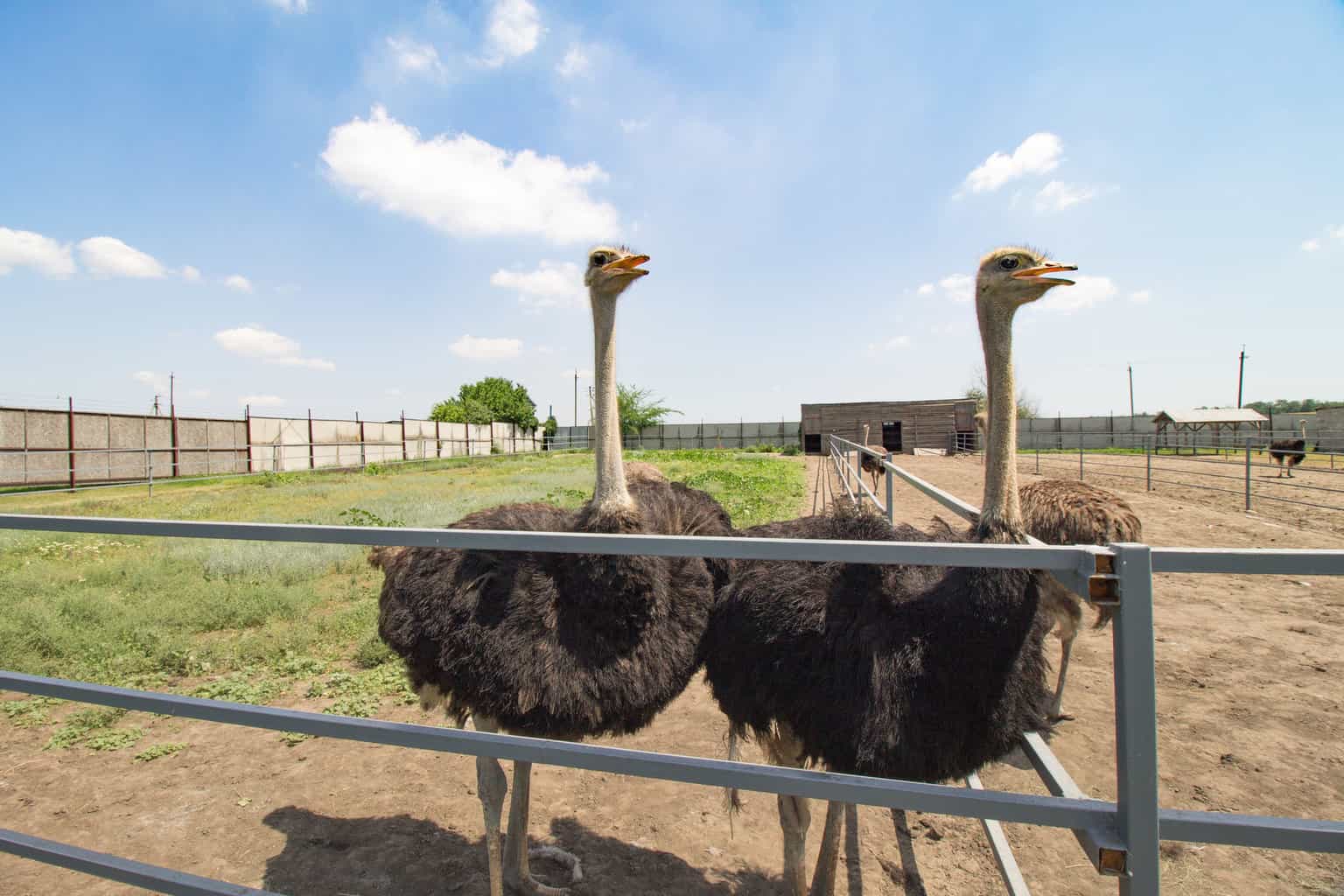 Ostriches are amazing birds – instantly recognizable to many. But what exactly are ostriches, and which other birds look like them?

In this article, we’ll take a closer look at ostriches and then at some of the birds that look like ostriches in some way – exploring emus, rheas, cassowary, and kiwis and comparing them to the two ostrich species.

Ostriches are large, flightless birds in the Struthio genus. There are two living species of this bird. One of these is the common ostrich, native to large areas of sub-Saharan Africa, and the other is the Somali ostrich, native to the Horn of Africa.

The former also used to be native to the Arabian peninsula, and ostriches are believed to have once been present across much of Asia during the Late Pleistocene and perhaps into the Holocene.

Ostriches have many remarkable ‘claims to fame. They lay the largest eggs of any living land animal and can run incredibly fast – so fast that they are the fastest birds on land.

The common ostrich is the heaviest living bird species and has the largest eyes of any land vertebrate. These types of birds have sharp claws.

On the other hand, the females are just a little shorter and typically under 2m (6ft 7) in height. The wingspan of these flightless birds can exceed 2m (6.7ft). They’re the largest species of all social birds.

The adult males of this species have mostly black plumage, with white primaries and a white tail. However, in one subspecies, the tail is buff. Females and juveniles are greyish-brown and white.

Both males and females have a neck that is nearly completely devoid of feathers – covered with just a thin layer of down. The skin of the neck and the thighs is a pinkish grey.

On the tarsus, the lowest upright part of the leg, common ostriches have scales, typically red in the male and black in the female.

On their feet, these remarkable birds have just two toes on each foot, with a nail on the inner, larger toe that looks like a hoof. These dangerous birds may have different colors of feathers, including pink feathers and black feathers.

The Somali Ostrich is the other living ostrich species. This ostrich, also known as the blue-becked ostrich, was once considered a subspecies of the above. But it was reclassified as a distinct species in 2014.

Somali ostriches are generally considered to be a little smaller than the largest common ostriches in weight and height, though this is still a sizeable bird. These amazing animals have varying adult sizes and facial skin.

Though it looks very like the common ostrich, it has blue rather than pinkish skin on its neck, and this skin becomes bright blue on males of the species during the mating season.

Sadly, this species is endangered by hunting and habitat loss within its range, and its numbers have been shrinking. South Africa and East Africa have been notorious for finishing this entire animal kingdom.

Ostriches are one of several flightless birds, which are known as ratites. Ratites are a diverse group which, as well as the ostrich, also includes the emu, rheas, cassowary, and kiwis.

These birds are known as ratites because they all share the characteristic in common of having no keel on their sternum, which is required to anchor the wings and enable flight.

It is this characteristic that sets these birds apart from other flightless birds. Adult ostriches also have lengthy necks

The emu is the next largest of the ratites after the ostriches mentioned above. Like the common ostrich and Somali ostrich, this is a fast-running and powerful species found in open scrub and woodlands. But this species is native to mainland Australia.

Emus have gray-brown feathers with black shafts and tips and pale blue skin on their necks, which shows through the sparse plumage.

What Is the Difference Between an Emu and an Ostrich?

Both of these birds are flightless and among the largest living bird species. Both are ratites, and these birds share some ecological habits. But here are some key differences between these two birds:

There are generally two extant species of Rhea – the greater, American rhea, and the lesser, Darwin’s rhea. However, some authorities consider the puna rhea a third distinct species instead of a subspecies of the lesser rhea.

The greater Rhea is native to Brazil, Bolivia, Argentina, Paraguay, and Uruguay. It lives in open grassland or savanna areas, or grassy wetlands.

Though smaller than the ostrich, the greater rhea is the largest bird in South America and the largest living native anywhere in the Americas.

The species is considered to be near-threatened by the IUCN. There are five subspecies living in different regions of their range.

The greater rhea has tattered-looking brown or gray plumage, which can vary greatly between individuals. Males tend to be darker than females, and hatchlings have stripes.

This rhea has larger wings than other ratites, enabling it to run very well. Though it cannot reach the speeds of the ostrich. Like the ostrich, the feathers of the lesser rhea have no aftershaft.

These birds have spotted brown and white plumage, and their tarsus’ upper portion is feathered.

Two of three subspecies of Rhea, often considered Rhea pennata, are considered by the IUCN as a separate species – the puna rhea. These birds are found in the Puna grassland ecoregion.

What Is the Difference Between a Rhea and an Ostrich?

Another group of ratites that resemble ostriches in some ways is the cassowaries. There are three different species:

Cassowaries live in dense forests and feed mostly on fruit. Females are larger and have more vibrant coloration than males. Adult southern cassowaries are 1.5 to 1.8 m (5 to 6 ft) tall, although some females may reach 2 m (6.6 ft) and weigh 58.5 kg (130 lb).

One notable feature of the appearance of the Cassowary is a skin-covered casque on the top of its head that grows as it ages. They also have distinctive and vibrant neck coloration.

What Is the Difference Between a Cassowary and an Ostrich?

The final bird in the ratite group is the kiwi. This bird does not look like an ostrich, as it is far smaller (around the size of a chicken). It also comes out at night rather than during the day.

There are five kiwi species, all of which are native to New Zealand. However, it is flightless like an ostrich and shares anatomical similarities with the other larger birds listed above.

Ostriches certainly are fascinating and impressive birds. And through comparing them with birds that look like them in some way, we can see how truly impressive they are. While other birds are also impressive, none is as large or fast as the ostrich.