Birds That Look Like Peacocks: Everything You Need To Know About These Birds 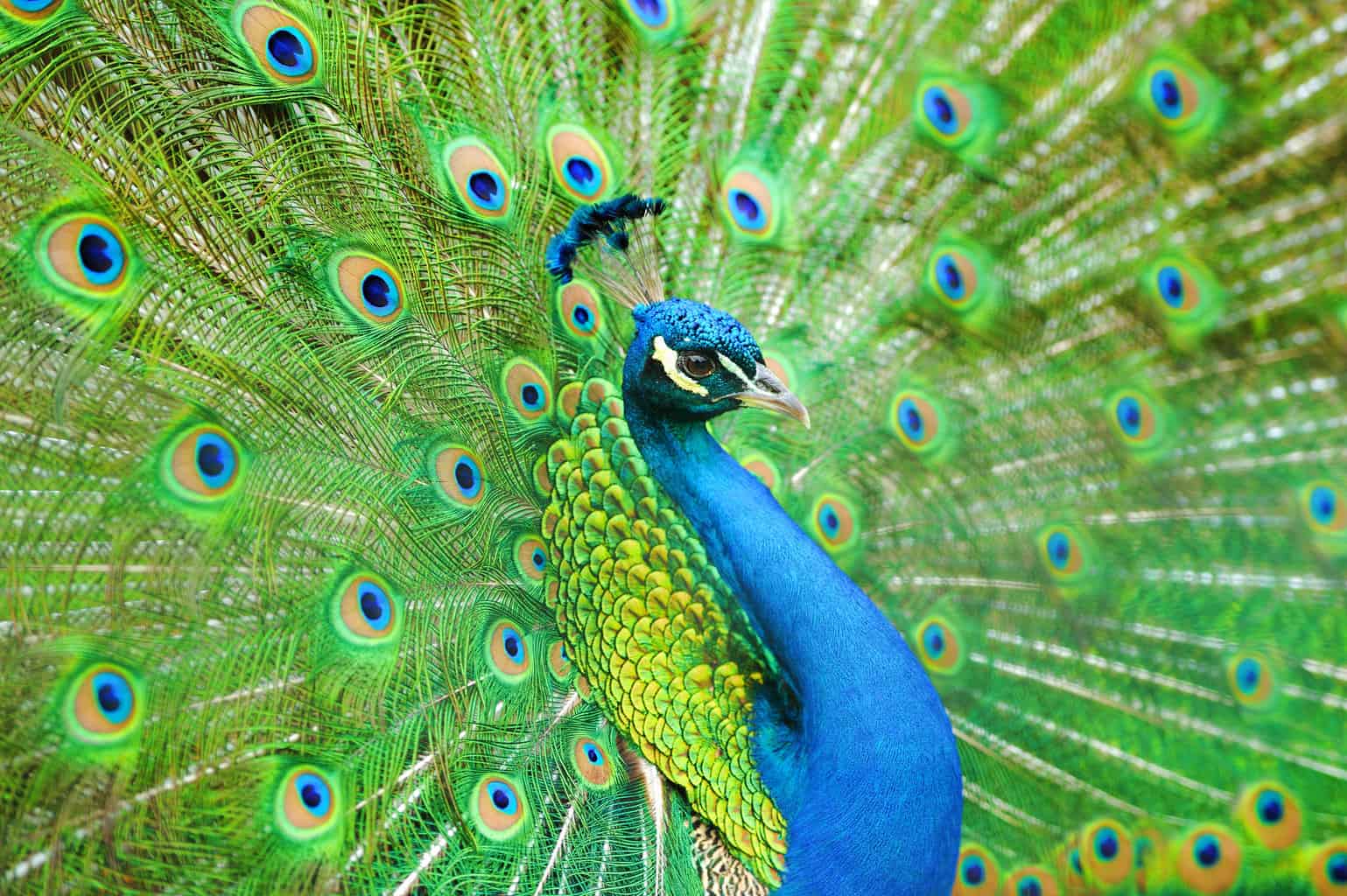 Peacocks are so impressive that it would be difficult to mistake them for other birds. There are not really any other birds that look like peacocks in anything more than the most superficial of ways.

However, below, we will explore the different peafowl found around the world and look at some of their relatives that can resemble them in certain ways.

What’s the Difference Between a Peacock and a Peafowl?

There is some confusion over the terms peacock and peafowl. Peacocks are technically the male birds of the peafowl, and the females are called peahens.

However, in everyday speech, we commonly refer to males and females of these species as peacocks. These beautiful birds like living in their natural habitat.

Are There Different Types of Peacocks?

The term peafowl (or colloquially peacock) refers to three bird species within the Pavo and Afropavo genera in the Phasianidae bird family.

What Are the Three Different Types of Peacocks?

These are the largest and heaviest peafowl, native to the Indian subcontinent. Their size, color, and shape of crest make them unmistakable within their native distribution range.

The male is metallic blue on the crown, the feathers of the head being short and curled. The fan-shaped crest on the head is made of feathers with bare black shafts and tipped with bluish-green webbing.

The males produce sexual dimorphism before conducting courtship displays to win the females for mating. These amazing birds have stiff feathers that help them fly between different regions.

Their elegant tail and black tail, and white chest give them an array of colors that makes them interesting to look at.

A white stripe above the eye and a crescent-shaped white patch below the eye are formed by bare white skin. The sides of the head have iridescent greenish-blue feathers. The female peacock has preferred habitats which makes mating success.

These abundant species have key differences from other rarer species, including the black chest band birds.

The back has scaly bronze-green feathers with black and copper markings. The scapular and the wings are buff and barred in black, the primaries are chestnut, and the secondaries are black.

The tail is dark brown, the “train” is made up of elongated upper tail coverts (more than 200 feathers, the actual tail has only 20 feathers), and nearly all of these feathers end with an elaborate eye spot.

The adult peahen has a rufous-brown head with a crest as in the male, but the tips are chestnut edged with green. The upper body is brownish with pale mottling.

These social birds have medium-sized gray-blue body. Their extravagant tail and distinctive display of color such as orange chest and copper neck, make them beautiful.

The primaries, secondaries, and tail are dark brown. The lower neck is metallic green, and the breast feathers are dark brown glossed with green. The remaining underparts are whitish.

This peafowl is native to South East Asia.

Unlike the related Indian peafowl, the sexes of green peafowl are quite similar in appearance, especially in the wild. Both sexes have long upper tail coverts which cover the actual tail underneath.

In the male, this extends up to 2 m (6.6 ft) and is decorated with eyespots, while in the female, the coverts are green and much shorter, just covering the tail. Both sexes’ neck and breast feathers are iridescent green and look like scales.

The males of these peafowls, with trains, are among the world’s longest-known birds in total length. The tail coverts are even longer than those of the male Indian peafowl.

Sadly, this species is on the IUCN red list of endangered species and has been since 2009. Global populations are declining rapidly, and habitat loss and poaching are major issues.

This species of peafowl is native to the Congo basin – the only member of the Pavoninae native to Africa. This species is listed as vulnerable on the IUCN Red List.

Males are not as impressive as those species mentioned above, but they have feathers with deep blue hues, metallic green, and violet tinges. They have bare red necks, grey feet, and black tails.

Females are chestnut brown, with a metallic green back and a black abdomen. They apply selective breeding during mating periods and breeding seasons.

Both sexes looked rather like the immatures of the Asian peafowl mentioned above and were often mistaken for these before they were identified as distinct species.

As mentioned above, peafowl is in the Phasianidae family, which includes pheasants and their allies. Peafowl is within a tribe of this family called the Pavonini tribe.

So while these birds are loosely related to pheasants, they are in a distinct tribe from the pheasants with which we may be familiar. They also feed on plant materials and live in tropical forests.

While no birds are perhaps so impressive in coloration as the peacock, some species do resemble peafowl in at least some ways. These include some other birds also categorized within the Pavonini tribe:

This is a large and spectacular peafowl-like species of bird with dark brown spotted black and buff plumage, a pink bill, and blue skin around brown eyes.

The train of the male is the longest of any bird, and this species has the longest and widest feathers of any wild bird. The females are similar in size but with shorter tails.

Sadly, the Vietnamese crested argus is evaluated as Critically Endangered on the IUCN Red List.

This species found in the primary forests of Malaysia is closely related to and very similar in appearance to the above. It is considered to be near-threatened.

Hailing from South East Asia, this is the final species in this tribe of birds. This bird is brown in hue, with a blue head and neck, reddish upper breast, and pinkish-red legs. Males have long tails 105-143cm (41-56 in) long.

Peacock-pheasants are not genetically related to pheasants and only distantly to peafowl. These are within the same bird family as peafowl. Species include:

Some have a superficial resemblance to peacocks with their tails, and some share coloring with the peafowl – such as the iridescent blue-green eyespots on the Malayan peacock-pheasant.

There are also other birds within the pheasant family that bear some resemblance to peacocks, though they are perhaps not quite as striking as the males of the three peafowl species mentioned above.

Other birds are sometimes compared to peacocks because they have colorful or long tail feathers. But the peacock does stand alone when it comes to an impressive tail.

And while there are plenty of other birds which are also very impressive, none look very similar to the three species of peafowl mentioned above.