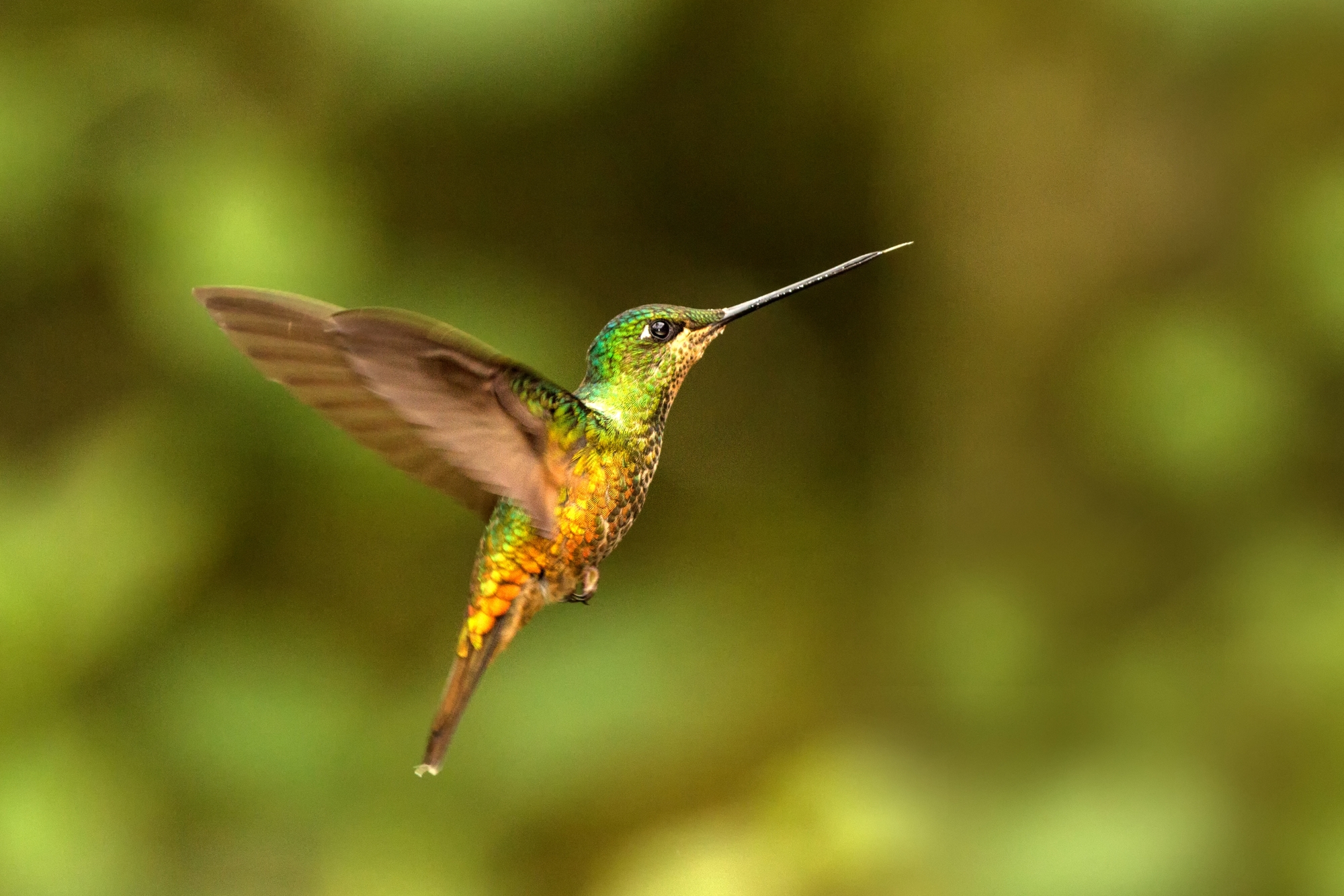 Hummingbirds are amazing creatures. They can fly at the speed of light forwards, backward, and sideways—all while being able to stop on a dime!

Some people think that this ability is what baffles scientists the most about hummingbirds. But the truth is, while this strange flight used to be a mystery, experts have been able to explain how hummingbirds fly backward for years.

So, why would a hummingbird need to fly backward? There are actually a few benefits to these strange wing movements.

The main benefit of flying backward for hummingbirds is that it allows them to hover in place. When a hummingbird wants to feed on blooms, it needs to be able to stay stationary in the air so that it can reach the nectar from flowers.

This is especially helpful because hummingbirds eat a lot – up to half their body weight in nectar and insects every day. Not to mention, they are vital pollinators for many plants.

So, by being able to hover in place while they feed, hummingbirds are able to get the food they need without wasting any energy.

Another perk to backwards flying is that it allows hummingbirds to get a better view of potential predators or threats. When the average bird is flying forward, its view is obscured by its own body.

This is important because hummingbirds are often targeted by predators like hawks and snakes. So, being able to see potential threats coming can help them avoid becoming someone’s lunch.

Another benefit of flying backwards is that it allows hummingbirds to stop immediately. If you’ve ever seen an average hummingbird fly, you know that they are always darting around. They change directions so quickly that it can be hard to keep up with them.

Incredible Stopping Speed of a Hummingbird

When a hummingbird is flying forward, it has to keep the momentum going in order to stay in the air. But when it’s flying backwards, it can come to a complete stop almost instantly for energy conservation.

A busy hummingbird can slow to a complete stop from 25 miles per hour, in mere inches.

Flight Control: How Hummingbirds Are So Agile

One of the reasons hummingbirds can fly backward is because of the way they flap their wings. Average hummingbirds have a unique way of flying called “figure-eight” flight.

But when it wants to change direction, it simply adjusts the angle of its wings. For example, if a hummingbird wants to turn to the left, it will angle its wings so that they are pushing against the air in new flight directions.

This gives hummingbirds a lot of control over their flight and makes them incredibly agile.

How Fast Can A Hummingbird Fly Backward?

While scientists aren’t exactly sure how fast hummingbirds can fly backward, they believe that it is probably somewhere between 5 and 10 miles per hour. This is a big contrast to their forward top speed of around 30–35 miles per hour.

Still faster than we can fly backward, right?

So, we’ve established that all species of hummingbirds can fly backward. But what about stopping altogether? Can they just stop flying?

The answer is yes! Hummingbirds can actually stop flying in midair and hover in place.

How do they do it? Well, when an average hummingbird stops flapping its wings, it starts to fall. But at the same time, it angles its wings so that they are pushing against the air.

This creates enough lift to keep the hummingbird from falling and allows it to hover in place.

If they stop flapping their wings, however, they will start to fall. While they may seem to be buzzing about 24/7, they do rest their heart rate an extended period of time by perching on a branch.

Can Any Other Birds Fly Backwards?

As far as we know, modern hummingbirds are the only bird species that can fly backwards. Scientists believe that this is due to their unique wing structure and flying style.

Other birds simply don’t have the same agility or control over their flight that species of hummingbirds do.

Some birds may be able to move short distances backwards with a few flaps of the wings such as coming to a stop or reacting defensively, but the hummingbird is the only bird with true backward flight.

That’s if you don’t include the mythical Oozlum bird, of course. The Oozlum bird is a creature from Australian Aboriginal mythology. It was said to be a small bird that could fly in any direction, including backwards.

But as far as we know, the Oozlum bird doesn’t actually exist. So for now, hummingbirds hold the crown.

So, there you have it! Modern hummingbirds are the only birds that can fly backwards. This unique ability helps them to avoid predators, escape danger, nosh on tasty flowers, and chase after mates.

Hummingbirds’ incredible flying skills are due to their unique wing structure and figure-eight flying style. So the next time you see a hummingbird, take a moment to appreciate how amazing these little gymnasts are.