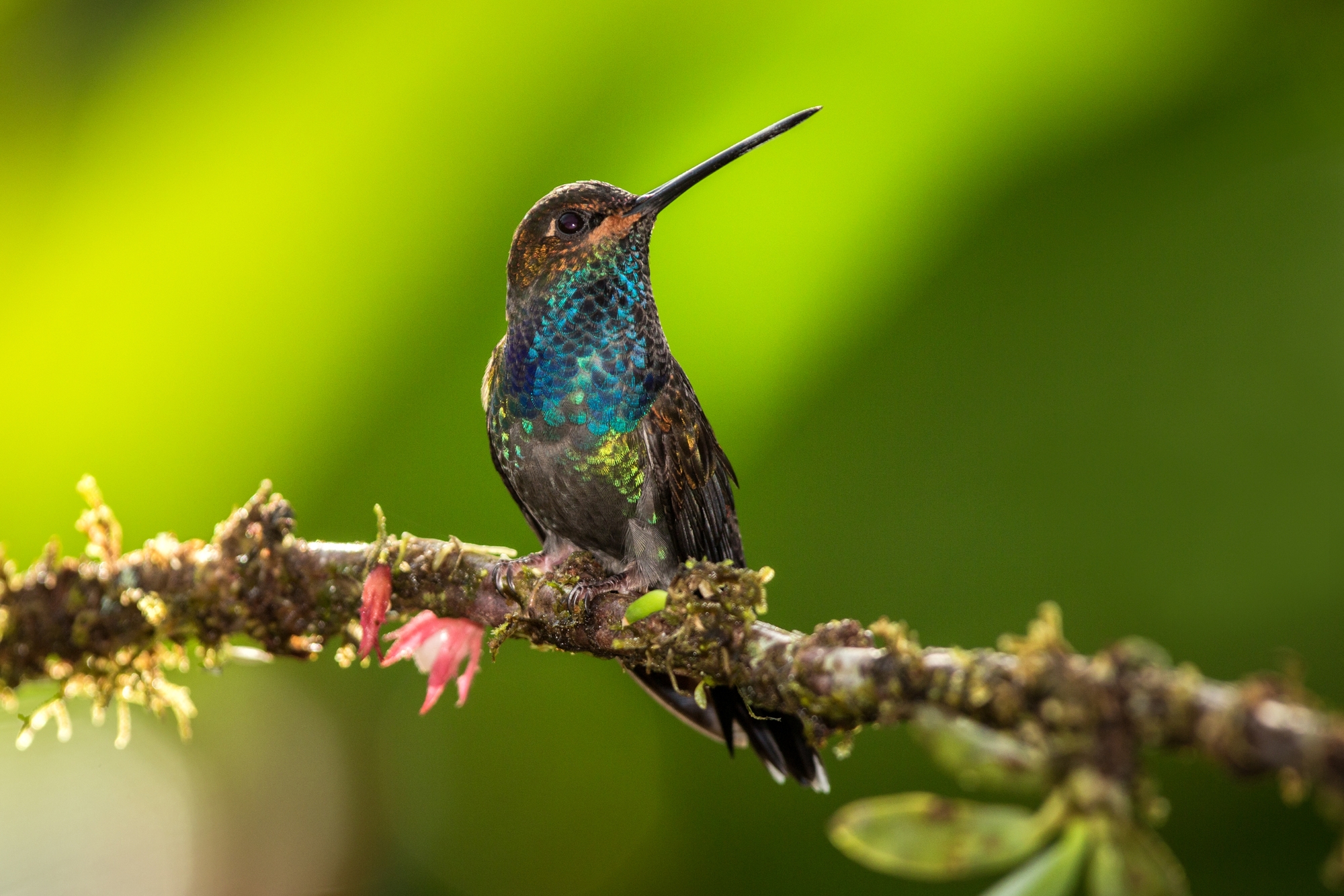 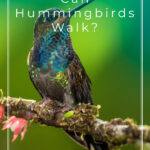 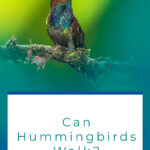 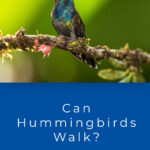 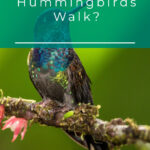 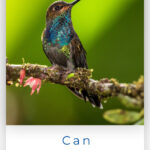 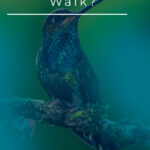 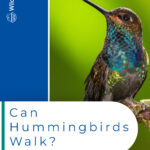 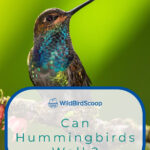 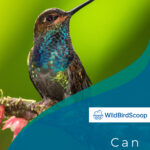 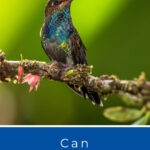 If you enjoy watching hummingbirds in your yard, you likely know that they typically don’t stay still for long. The birds are constantly zipping around in search of food, moving from flower to flower.

If you’re lucky, maybe you will occasionally see one perch so you can get a good look at its colorful feathers for a moment or two. But that might get you thinking: Have you ever seen one walking? Can hummingbirds even walk?

Generally, the answer to this is no. Hummingbirds are members of the order Apodiformes, derived from the Greek word for footless, “ápodos.” Swifts and treeswifts also belong to this order.

While hummingbirds do, in fact, have feet, they don’t have the necessary leg muscles to walk as other birds do.

Like most birds, hummingbirds have four toes, with three facing forward and one facing backward. What limits hummingbirds’ ability to walk isn’t so much a problem with their feet as it is with their legs.

Hummingbirds’ legs are short compared to most other birds, and they’re not very strong. Hummingbirds have an absence of knees—unlike other birds.

Take a pigeon, for example. Chances are, you’ve probably seen a pigeon walking on the ground looking for food at some point. While you may not see it, a pigeon’s legs are much longer than what you’re able to see below its thick tail feathers.

Its knee joint is higher up on its legs, and bends forward, similar to the structure of a human’s.

Because hummingbirds have a lack of knees, their short, weak legs don’t lend themselves to effortless movement like walking. They also can’t hop, as they don’t have the knees to produce a bounce.

Hummingbirds can shuffle their legs to move from side to side, like sliding around the exterior of a hummingbird feeder. However, if you see a hummingbird land, it will likely remain perched there until it takes off and flies somewhere else.

But exceptions are always to be found: This video shows an Allen’s hummingbird walking forward in a birdbath.

Interestingly enough, it’s the only video available on YouTube that shows a hummingbird walking with one foot in front of the other, without flapping its wings to aid movement.

What Do Hummingbirds Use Their Legs and Feet For?

Most species of hummingbirds perch on trees, feeders, or at their nesting sites.

It takes a lot of energy to flap their wings nonstop at such a rapid pace, so it’s not uncommon to see hummingbirds perched in trees, using their feet to grasp onto branches, bushes, or feeders.

They also use their feet to preen their feathers and scratch off bugs.

Female hummingbirds use their feet to stamp down the nesting material, though their needle-like bills are most useful for threading delicate nest exteriors of plant fibers, twigs, and spider silk.

Territorial male hummingbirds may also use their feet when fighting off other birds.

Do Hummingbirds Have to Keep Flying to Survive?

One myth about hummingbirds is that they die when they stop flying, like how some sharks need to keep swimming to remain alive. Thankfully, hummingbirds do not need to fly nonstop in order to survive.

However, bird species need to take in a lot of calories proportionate to their size in order to survive, so that leads to a lot of flying in search of nectar or fruit flies.

The average bird eats about half its body weight in sugar daily and may eat up to every ten minutes. Over the course of 12 hours, that’s around 60 meals.

If a man had the metabolism of the average hummingbird, he would have to eat nearly 300 pounds of hamburger per day to keep up!