Can Hummingbirds Smell? How These Birds Find A Feeder! 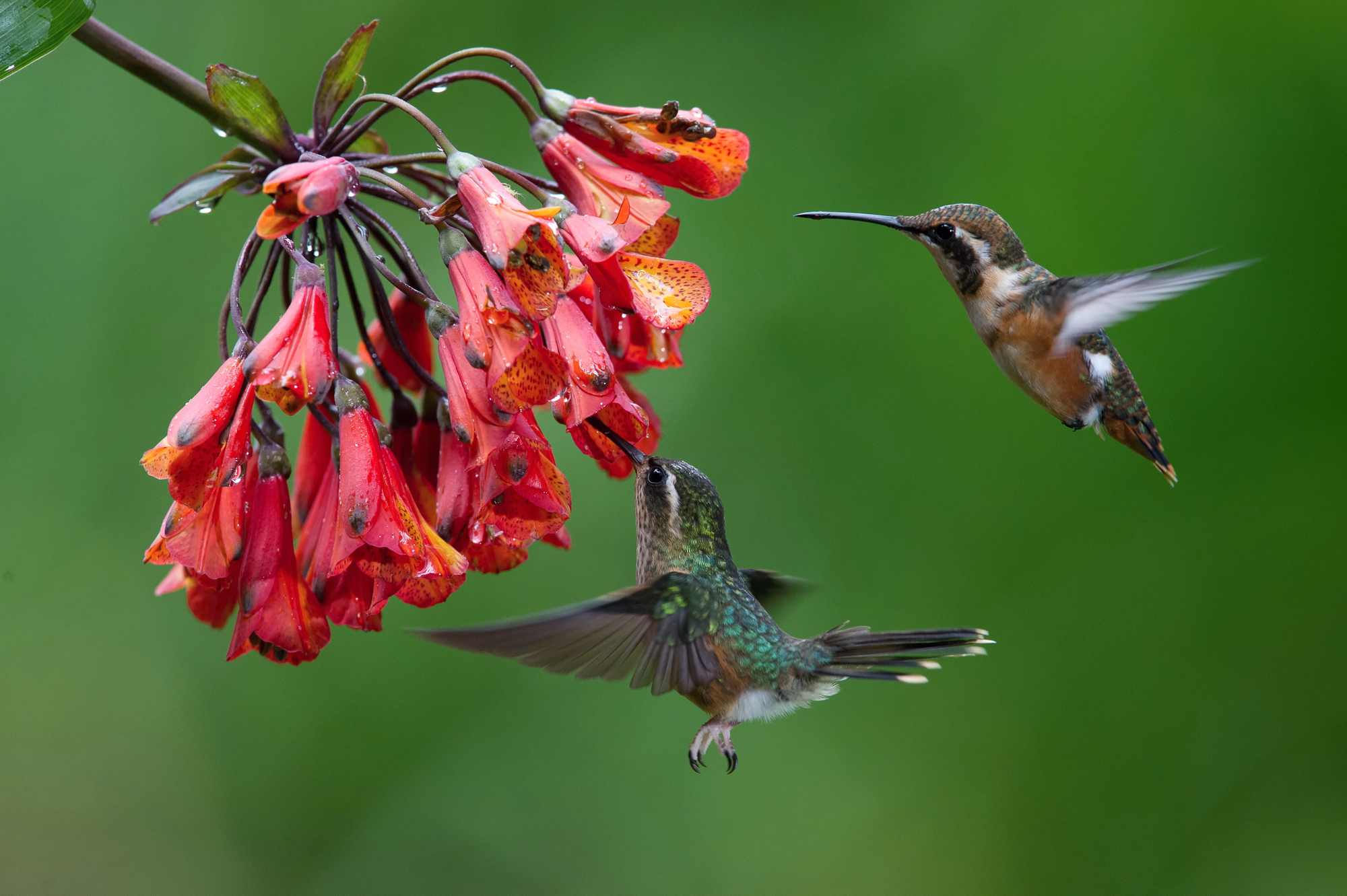 They may not have noses, but they can smell. Despite years of claims to the contrary, there is mounting evidence that hummingbirds do have an active sense of smell. Whether or not most birds such as hummingbirds have a strong sense of smell hasn’t been studied extensively, and the belief that they have no sense of smell goes back a long time.

In the 1820s, famed naturalist John James Audubon, for whom the Audubon Society is named, stuffed a deerskin with grass, added fake eyes, sewed it up, and waited. A turkey vulture descended and ripped apart the stitched carcass in search of food, to no avail, according to Audubon Magazine.

In his quest to prove that vultures scavenged based on sight, he hid a decaying hog carcass under some brush and watched as vultures circled but didn’t land on the carcass site.

In the years since Audubon set out to prove the opposite, researchers have determined that vultures have some of the largest olfactory bulbs of any bird and an “exquisite sense of smell,” according to Smithsonian researcher Gary Graves.

It seems like a closed case, at least for vultures, right? But what about other bird species?

The fact that they didn’t select more fragrant flowers led some people to believe that hummingbirds couldn’t smell, but several studies seem to have disproven that long-held belief.

A 1982 study from the Cooper Ornithological Study set out to prove that Black-chinned hummingbirds have a working olfactory apparatus.

The study filled four bird feeders four meters apart. Two of the feeders were filled with a 30 percent solution of sugar. The other two were filled with a three percent saline solution, which the birds find “mildly aversive,” according to the researchers. Two vials contained ethyl butyrate, which researchers said smelled like Juicy Fruit chewing gum.

Researchers studied the first feeder that each bird visited upon arrival in the area. In the experiment, 60 percent of birds selected the ethyl butyrate with sugar solution on the second and the beginning of the third day of the experiment instead of the scentless saline solution: a “significant departure from chance,” according to researchers.

When all four bottles were given the fruity scent, 51 percent of birds chose the sugar solution.

After two more short experiments, the researchers wrote that the experiments showed a functioning sense of smell but admitted that “they raise more questions than we have been able to address.”

Among them was the fact that the evidence “does nothing to shake the belief that vision is much more important than olfaction in the foraging activity of hummingbirds.”

In more recent research, University of California-Riverside researchers published findings in the journal Behavioral Ecology and Sociobiology in 2021 that showed hummingbirds could associate smells with dangerous insects.

In their experiments, researchers set up two feeders: one contained sugar water alone, while the other contained sugar water with the addition of a chemical pheromone that mimicked an insect’s presence. Among the scents studied was the scent of European honeybees and two chemicals from Argentine ants, including formic acid, a chemical that can cause birds pain, and an attraction chemical secreted by the ants.

The hummingbirds avoided both ant chemicals but didn’t have any reaction to the honeybee scent.

While these studies established a basis for the olfactory capabilities of hummingbird species, there’s no need to run out and buy Juicy Fruit gum to lure hummingbirds to your feeder. Most, including the Cooper researchers, still believe that hummingbirds primarily use vision to locate food.

How do hummingbirds know where feeders are?

Hummingbirds have excellent vision capabilities. A study published in 2020 by Princeton University researchers found that hummingbirds can see colors beyond the human range, including ultraviolet red, green, and yellow.

Hummingbirds are attracted to reds and yellows. According to the National Audubon Society, cones in hummingbirds’ retinas appear to heighten sensitivity to colors in the red and yellow ranges while muting colors like blue.

That’s one major reason that most hummingbirds wear those two colors and why hummingbird food has long been dyed red, though most now believe artificial dyes are unnecessary, and some people think it’s potentially harmful to the birds.

Bird-pollinated flowers generally have less fragrance than flowers pollinated by insects like bees and butterflies, and nectar doesn’t generally have a strong scent or color. With that in mind, introducing dyes and artificial fragrances to your hummingbird feeders won’t likely draw more birds to your feeders.