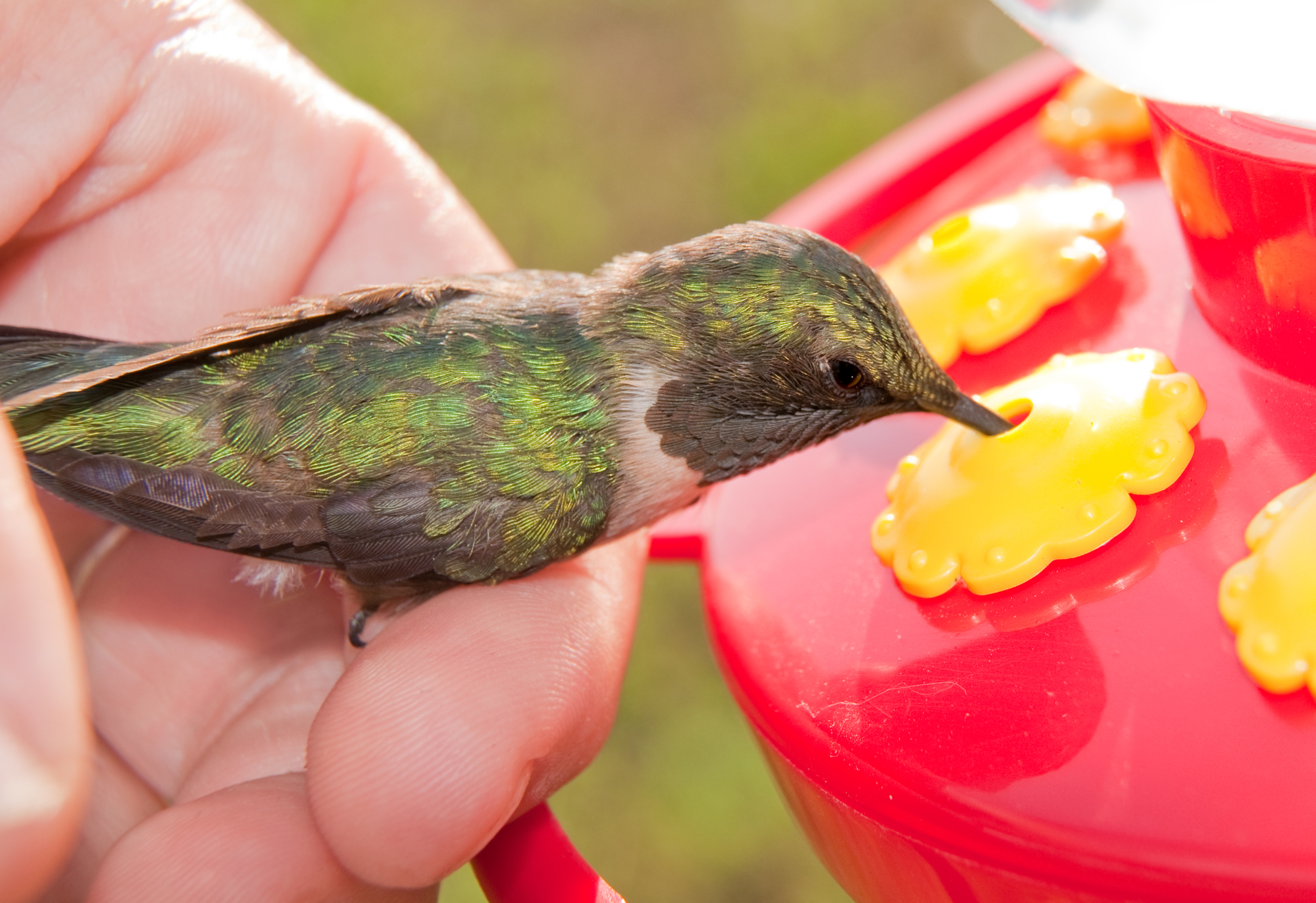 As backyard birdwatchers, people will sometimes form some recognition of – and attachment to – familiar animals, whether it’s an identifiable deer, squirrel, or bird. Some people, especially those that feed wildlife, may wonder if the animal forms a similar attachment.

Hummingbirds are one animal that draws humans’ intrigue. Northern birdwatchers carefully mix hummingbird sugar solution each spring, place it where hummingbirds will find it, and wait for the birds’ yearly arrival, while those in the southern United States may feed and enjoy these birds all year round.

While it’s impossible to know exactly what hummingbirds (or any wild animal, for that matter) are thinking at any given moment, birds are extremely intelligent animals. So, do hummingbirds recognize humans?

Numerous studies over the years have confirmed the intelligence of our feathered friends, but a pair of studies that focused specifically on birds’ abilities to recognize humans helped establish their connection to people.

Two 2012 studies by University of Vienna researchers showed that crows and pigeons could differentiate between humans.

There hasn’t been ironclad research-based confirmation that adds hummingbirds to the list of birds that can identify specific human beings, but hummingbirds are very intelligent birds. With that in mind, many believe that hummingbirds can recognize people.

Andy Hurly, a researcher at the University of Lethbridge, showed that hummingbirds can remember flowers by their spatial locations along with when they last visited a flower, and can associate time and place for perhaps upwards of eight different flowers.

The same logic may apply to hummingbirds’ understanding of people, especially regarding food. If a bird can remember flowers, it may also remember humans.

Whether a hummingbird remembers who you are, they’ll remember where they found food. So, if you enjoy seeing a hummingbird population in your yard, continue to plant native flowering plants that provide the birds with nectar, create a healthy habitat, and supplement those offerings with a sugar solution in a hummingbird feeder, if necessary.

Do hummingbirds return to the same spot every year?

The life expectancy of the average hummingbird varies by species but is generally between three and five years. During this time, hummingbirds may return to the same location yearly, especially one that provides excellent food and habitat.

If you see a hummingbird in your yard, it’s challenging to prove that it’s the same one you saw last year without any identifiable markings. But that doesn’t mean you’re not seeing the same birds year after year.

Why are hummingbirds flying so close to me?

There are several reasons why hummingbirds may be in your space. The first is a natural curiosity, and the second is that they may be attracted to you for some reason, mainly color. Hummingbirds are attracted to red, orange, and yellow. If you’re wearing a bright article of clothing or sitting next to a colorful object, hummingbirds may fly by just to check it out in search of food.

While hummingbirds are considered nectar feeders, they also eat small insects, so a hummingbird in your vicinity could also just be chasing after insects. Some people say that hummingbirds may try to alert humans to empty feeders, but that hasn’t been scientifically proven.

If a hummingbird is humming around you, your first natural reaction might be a negative one born out of shock. However, it’s unlikely that a hummingbird means you any harm. In most fight vs. flight situations, these tiny birds will likely choose the latter.

If you feel that a hummingbird is responding to you aggressively, you may be near a nest that the bird feels called to protect. Once you move out of the area and are no longer a threat, it’s not expected that any bird, including the smallest ones on the planet, will continue to pick a fight.

What do hummingbird noises mean?

Given their minuscule size, hummingbirds are not loud birds. If one is close enough, you may hear their wingbeats during their flights around your yard. You might also hear their calls, which often come as a series of chatters.

You may hear some hummingbirds “chip” in the morning or call one another in interactions between multiple birds, including during chases.