Artisans Of The Bird World: Woodpeckers In Iowa 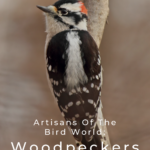 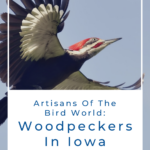 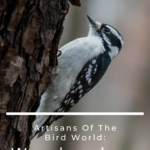 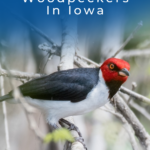 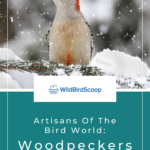 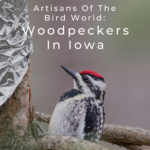 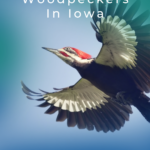 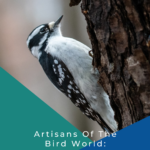 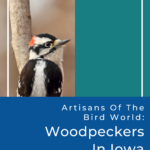 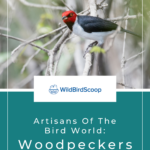 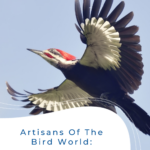 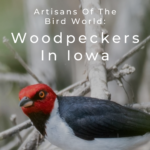 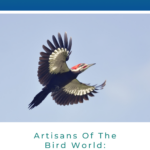 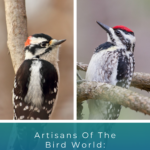 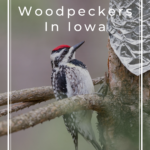 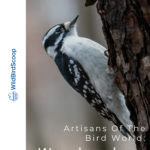 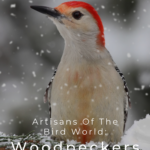 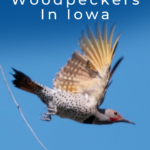 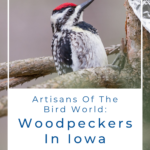 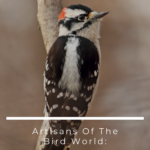 Iowa may be a primary supplier of corn and apples for the entire nation, but it’s the birds that attract visitors!

Iowa is known as The Hawkeye State in reference to the scout in James Fenimore Cooper’s 1826 novel, The Last of the Mohicans. It’s also been referred to as the ‘Land of the Rolling Prairie’ because of the vast acres of prairies that covered it.

It’s these lush, fertile grounds that make Iowa suitable for a wide range of habitats that are home to almost 400 bird species.

To enjoy these fabulous feathered creatures, you’ll find three active birding trails and nine birding hotspots in various areas across Iowa. It’s here where you’ll be able to spot all sorts of birds, such as loons, hummingbirds, and woodpeckers.

Below is a list of all the different types of woodpeckers you have to check out when you’re visiting the great Hawkeye state.

In this article, we’ll discuss each of these seven species. You’ll be able to learn about some of their interesting characteristics. Plus, we’ve included some fun facts and interesting tidbits about each species.

Let’s not waste any more time and get to know all about these fascinating birds.

The large Pileated woodpeckers are one of the most common woodpecker species seen in Iowa. Their diet consists of seeds and nuts, but it’s carpenter ants they enjoy the most.

One of the things you notice right away is that this bird adapts easily to different habitats. In other words, they can quickly get used to living in new habitats without a fuss.

Pileated woodpeckers that are used to living and breeding in non-residential areas can be shy. Those living in farms, towns, or cities are more social and more unrestrained in their movements.

All woodpeckers carve out perfect circles in trees to nest and look for insects. However, the Pileated woodpecker is the only type that makes distinctive-looking holes that can be either rectangular, oblong, oval, or even square in shape.

The Northern Flickers are the second most commonly seen type of woodpeckers in Iowa, especially west of the state. They’re large with rounded, slim heads.

These migratory woodpeckers prefer being in open fields, where they can easily find insects, nuts, and seeds on the ground. When temperatures drop, the Northern Flicker’s diet changes to make room for more wild berries.

The Northern Flickers are most at home in almost any habitat with trees. At the same time, they avoid areas with thick, unbroken forests.

There are more than 100 common names for the Northern Flicker. Many of them were inspired by the sounds made when trying to imitate the woodpecker’s calls.

The most diverse woodpecker genera in North America is the Picoides. It consists of nine individual species. The smallest Picoides, as well as the most common, is the Downy woodpecker.

As long as these woodpeckers have an abundance of trees, they quickly adapt to residential areas. They also do well in most wilderness environments, providing there’s plenty of food.

The Downy shares its feather patterns with the Hairy woodpecker, one of Iowa’s prominent seven woodpeckers. Yet the Downy is almost two-thirds its size.

This classic-style woodpecker has a rigid posture with a straight back. As it drills, it leans back and away from the tree limbs, balancing on their legs and tail feathers.

Downy woodpecker males and females divide themselves up when they’re looking for food. This usually happens more commonly in the colder seasons.

They’re outgoing and social creatures. They acclimate to wooded cities and towns and can be found in Iowa year-round. In fact, they’re the second most commonly found woodpeckers in Iowa during the cold months after the Downy woodpecker.

The Melanerpes store their food in the cracks of trees. Their diet depends mainly on in-season insects, nuts, and fruits.

A fun fact about red-bellies is that they can stick out their tongues almost two inches past the tip of their beaks. The edge of their tongues is barbed and sticky. This makes it easy to pick up prey from deep openings in tree limbs.

Compared with other species, Hairy woodpeckers are larger with a much larger beak. They have somewhat of a square head and long, pointed bills that are almost the same length as their heads.

Their tail feathers are long and exceptionally stiff to offer balance as they’re drilling. Even their entire bodies tense and appear almost soldier-like.

These birds prefer living in resident woodlands in and around farms, cities, and towns. Also, they’re not shy about visiting bird feeders and drinking from the water in your backyard.

Hairy woodpeckers are among the shy birds, which is why they’re not spotted as commonly as other types of woodpeckers.

The red-headed woodpeckers are the most widespread of the Iowa Melanerpes species. They can be seen mostly in the northern parts of the state in the warmer months, but they don’t stay for the winters.

Red-headed Melanerpes love being out anywhere where there’s an open field. Suppose it has oak trees, all the better, since they enjoy acorns immensely. They also eat many kinds of fruits and seeds.

These are social birds who flock in large groups when they find sufficient food and water. They’re also not shy about going into backyards. They’ll head straight to the feeders and water baths to enjoy a leisurely snack.

A fun fact about the red-headed woodpecker is that it’s also named the ‘flying checkerboard’ because of its unique black and white coloring.

The yellow-bellied woodpeckers are the most wide-ranging of all the native sapsucker species. They’ve been spotted up in Canada, as well as from the east coast to the west.

In Iowa, you can find them during the warm summer months for breeding. They’re commonly found in the northern parts of the state.

In winter, some yellow-bellies head south, while others head west of the Rocky Mountains. It’s where they can find their favorite meals, which consist of insects, seeds, and nuts.

Furthermore, yellow-bellied woodpeckers like to drill unique rows of holes. They use them to suck out the sap out of the trees.

The Hawkeye state currently has 390 species of birds, with the American Goldfinch being the official state bird. Yet, out of these, none are quite like the hardworking woodpecker.

In our article, we showed you the seven types of woodpeckers in Iowa. Now, you can easily spot and identify each class if you see them feeding or drilling away.

You could even try setting up a feeder and a water bowl to attract woodpeckers to your backyard. Only then will you be able to truly enjoy these amazing birds.