Woodpeckers In Kentucky: 9 Species You Should Be Looking For 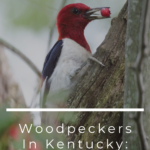 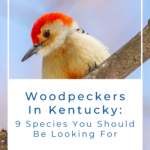 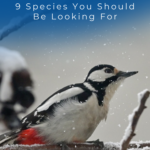 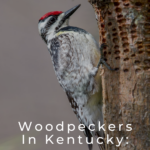 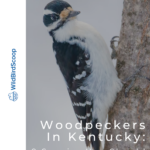 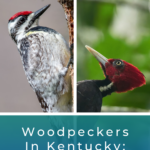 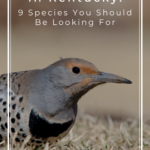 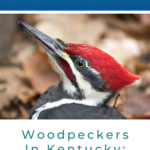 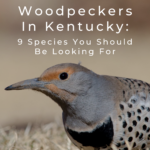 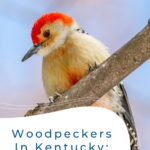 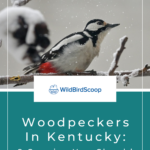 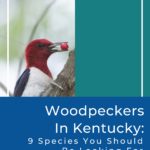 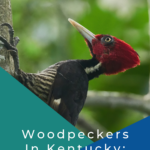 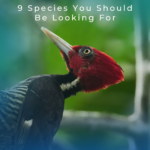 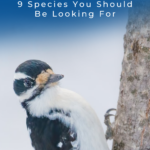 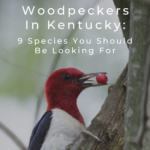 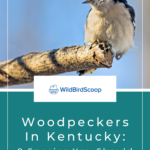 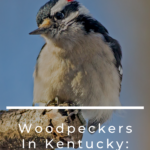 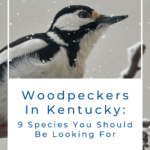 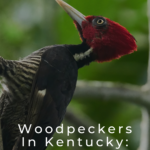 Kentucky is one of the richest states in terms of natural resources. The official reports say that the total forest land adds up to 12.4 million acres, accounting for 48% of Kentucky’s total area. And of course, these vast lands house millions of beautiful birds.

Today, we’ll be focusing on woodpeckers in Kentucky. We’ll tell you how to identify each species you can find in this state, and where you can find them in the first place. Let’s get going!

At first glance, the puny bodies of the downy woodpeckers might suggest that they couldn’t compete with other species. They weigh no more than an ounce, after all. But luckily, this couldn’t be further from the truth.

The relatively large wings of these woodpeckers allow them to fly swiftly between trees, gathering more and more food for their hatchlings. That’s why you can see them year-round in Kentucky. In fact, they’re the most common species in North America.

If you want to maximize the chances of interacting with them, we’d suggest hanging multiple feeders in your backyard. Throughout the years, they took a liking to suet, black sunflower seeds, and peanuts.

To identify them, look for the tiny bills — they look strikingly similar to those of sparrows. Their black wings are distinctively checkered with white spots. And if you gaze upon the stripped heads, you should see a small red nape. Note, however, that females have 100% black napes.

Novice birdwatchers often confuse hairy with downy woodpeckers. And to be honest, we don’t blame them! They do look strikingly similar.

The most reliable feature that sets them apart is the bill. If the bill is longer than half the width of the head, you’re probably looking at a hairy woodpecker. If the bill is shorter, it’s a downy.

You can also depend on the overall size. An adult hairy woodpecker grows to about 3 times the size of a downy.

When it comes to human interaction, both species are equally adorable. Ask any family in Kentucky — they’ll probably tell you that they hosted these birds in their backyard at least once.

And because they’re year-round residents, you may even see some hairy woodpeckers nesting inside broken branches in backyards.

If you want to spot a northern flicker, don’t search the trees! These woodpeckers feed primarily on ants and beetles by digging into the ground. That’s why their long bills are slightly curved downward.

Northern flickers aren’t as social as the previous species. Although they might scout Kentucky’s backyards for food, they won’t do it that often. The good news is, northern flickers have an extremely unique appearance that you could never confuse with other species.

Instead of the typical black/white scheme, these woodpeckers have light brown bodies. The underparts are adorned with black spots, whereas the upperparts have black barring. But the most unique attribute is the black crescent-shaped spot found just below the neck.

If you’re new to birdwatching, we’ve got your ideal pick right here! Red-headed woodpeckers have an utterly simple look: The heads are entirely crimson, the bodies are snow-white, and the wings are divided between white and bluish-black.

Throughout time, the red-headed woodpeckers have depended mainly on flycatching rather than hammering trees for insects. That’s why they generally prefer open woodlots and swamps filled with dead timber.

Fun fact: Cherokee Indians crafted thousands of war-themed motifs based on the appearance of the red-headed woodpeckers. Historians believe that this may have to do with the rather aggressive nature of these woodpeckers. They often break in nearby nests to destroy the structure and puncture the eggs — no wonder their heads are painted red!

Sadly, because of the recent changes in habitat, these birds are slowly declining in numbers. Right now, they can be spotted in central and western Kentucky. Southern Cumberland Plateau houses a few of them.

If you move on to the head, you’ll find a prominent reddish spot that spans over the crown and nape. Females will also have a red nape, but the crown will be grey.

In both males and females, the rest of the head is colored in white, which should clearly set them apart from their red-headed cousins. You can also identify them by the characteristic black-and-white striped back.

In Kentucky, the red-bellied woodpeckers are resident species. However, you’ll spot them less often during the summer.

The yellow-bellied woodpeckers are the only sapsuckers that can be found in Kentucky. They mainly feed on birch and maple trees by digging small holes and sucking the oozing sap.

Although they visit backyards, they often prefer staying in the peaceful wild. If you want to spot them, it’s better to search during the winter. In summer, these woodpeckers migrate north to breed in Canada.

To identify them, look for their characteristic red foreheads. Males add to that unique appearance with red throats, whereas females have white ones. The second most unique attribute is the striped raccoon-like head. These stripes curve down to blend into the chest. The upperparts are mostly black with somewhat faint white spots.

The yellow-bellied woodpeckers produce high-pitched, short calls, which strikingly resemble the mews of a delicate kitten!

If you’re an avid Disney fan, you’ll instantly identify the pileated woodpeckers. Their prominent red crowns look like unique mohawks, which is believed to be the thing that inspired the character design of Woody Woodpecker.

The pileated woodpeckers are among the few species that lack striped or spotted features; their upperparts and underparts are both black. The only distinctive feature here is the white patch that spans from the head onto the wing.

Even if you forget these color patterns, you can still identify the pileated woodpeckers by their large size. With a maximum length of 19 inches, they fit more into the crow family.

Although the pileated woodpeckers are permanent species in Kentucky, it’s extremely rare to spot them. Their timid behavior forces them to stay away from populated areas.

Just like the red-bellied species, the red-cockaded woodpeckers are falsely named. They have grey underparts with spotted black upperparts. The heads are also black with a large white patch that spans over the cheek.

Some males do have a tiny reddish spot just behind the eye, but this occurrence is definitely too rare to be attributed in the name.

These woodpeckers have an unexplained affection toward pine trees. They particularly love the loblolly, slash, and longleaf species. But just like other woodpeckers, they tend to favor trees infected with red heart fungus, which softens the bark and facilitates the excavation process.

Sadly, several sources state that the Red-cockaded was extirpated (went locally extinct) from Kentucky around 2001. However, you might be able to spot them around the western lands.

With their large crow-sized bodies and red crests, the ivory-billed woodpeckers look somewhat similar to their pileated cousins. But you can easily tell them apart since the ivory-billed species have large white spots on their upper wings.

The ivory-colored bills are clearly larger and more powerful than any other woodpecker. This fact enables them to dig large nests into the toughest trees.

Unfortunately, the ivory-billed woodpeckers are critically endangered. In fact, some people say they have gone fully extinct about 20 years ago. However, we don’t have any reliable evidence to support this claim. Some people swear they’ve spotted them in Kentucky, but they have no proof either.

Kentucky’s woodpecker population is fairly rich. The downy and hairy species top the list as year-round residents. You can spot them often around backyard feeders, especially those serving suet. The northern flickers are also common, but they don’t like to drop by backyards that much.

Although the red-bellied woodpeckers have a dense population in Kentucky, you won’t spot them that often during the summer. Lastly, the red-headed and pileated species can be found in the distant, isolated forests of Kentucky.

If you ever bump into red-cockaded or ivory-billed woodpeckers, record them on video and let us know. These species are considered extinct. But who knows, maybe you end up discovering them again!