Woodpeckers In Louisiana: 9 Species You Will Want To See 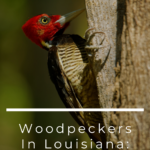 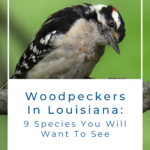 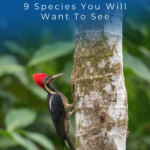 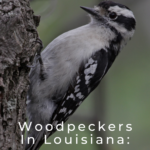 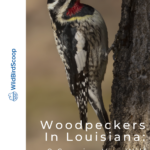 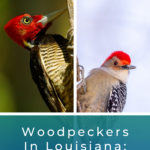 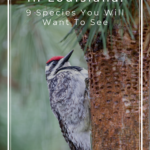 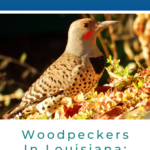 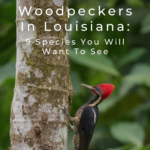 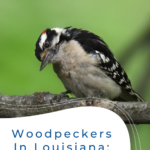 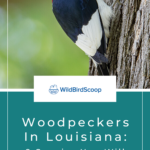 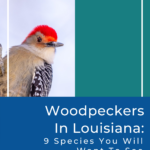 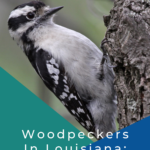 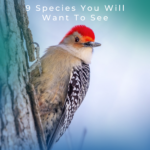 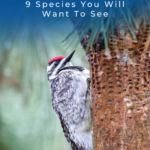 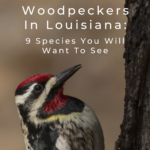 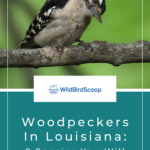 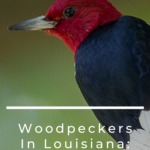 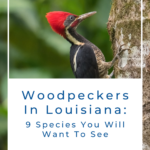 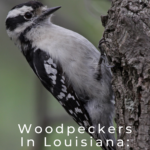 It’s mind-blowing to think that there are over 300 known species of woodpeckers in the world, 22 of which reside in the United States. These colorful, beautiful birds enjoy living in and around residential areas, making them perfect photography subjects.

If you’re searching for woodpeckers in Louisiana, you’re in the right place. Here are 9 known species that can be found in Pelican State!

Pileated woodpeckers are one of the largest known woodpeckers found in North America, only second to the critically endangered ivory-billed woodpecker. They’re what inspired the creation of childhood favorite Woody Woodpecker in 1940.

These gorgeous birds are often found in large, widely spaced older trees and open pine forests. They bore their nests in cavities of standing dead trees. Sometimes, they’d even use the poles of telephone and power lines for nesting!

Some people consider pileated woodpeckers harmful if found on their property, primarily due to the considerable damage they can do to trees and homes. To frighten them away, many install bright, reflective objects around the area they fly in.

These medium-sized woodpeckers are often mistaken for red-headed woodpeckers, mainly because the most prominent red part of their feathers is on their heads.

If you live near wooded patches, you may be able to attract red-bellied woodpeckers using feeders filled with suet, peanuts, and sometimes sunflower seeds. Hanging a hummingbird feeder also helps, as these birds are reportedly often spotted drinking their nectars.

They’re most active during the day and are classified to be solitary, except during breeding season when they spend time with a mate and their chicks. The species is thought to be monogamous, but it isn’t unheard of when new pairs form each season.

Similar to the red-bellied woodpeckers, red-headed woodpeckers are solitary creatures. They spend most of their time defending their territory and looking for food.

Red-headed woodpeckers may be considered a nuisance or a damaging pest as they take advantage of cultivated fruits and vegetables, costing small farmers.

Red-cockaded woodpeckers are considered to be one of the smallest woodpeckers alive, only as big as a standard-sized robin.

Despite their name, red-cockaded woodpeckers are largely black and white. You can easily differentiate males from females as the former have a tiny, almost invisible red streak or cockade on the corner of their cheeks.

These feathered creatures live in family groups and raise young together. They regularly rummage amongst each other, excavating nests and roost cavities in living pine trees and pecking openings in barks to keep a flow of sticky pitch around their nest cavity.

Unfortunately, Red-cockaded woodpeckers are listed as endangered by the U.S. Fish and Wildlife Service. The quick decline in red-cockaded woodpecker populations was brought about by an almost complete loss of habitat. They were once very common throughout the east, but have been decreasing in numbers for years.

Ivory-billed woodpeckers, also known as the Lord God Birds, are one of the largest species of woodpeckers in the world. They were once believed to be extinct, but reports show that there were a few recent sightings of these birds in North America.

Despite that, they’re still currently listed as critically endangered, with only about 20 to 22 of them remaining in the United States. The devastation of the rare ivory-billed woodpeckers was caused by heavy logging activity, exacerbated by hunters collecting their beaks as prized “trophies.”

Due to this, no one was able to comprehensively estimate the range of these ivory-billed birds, rare as they are. What we do know, however, is that two of the last confirmed sightings took place in 1944 in Northwest Louisiana and 2005 in Arkansas.

Ivory-billed woodpeckers may have been fairly social, with reports of as many as 11 individuals seen at one time. Bird experts believe that they are monogamous creatures and maintain their pair bonds year-round.

Northern flickers are considered to be one of the most common woodpeckers in the United States. Bird experts conclude that these woodpeckers are among the few North American woodpeckers that are strongly migratory.

These birds are mostly brown in color, with gentle expressions and a beautifully printed black-scalloped plumage.

Compared to other woodpeckers on this list, flickers prefer to find food on the ground instead of on tree trucks. They primarily eat ants and little bugs.

Flickers are often found in open habitats near trees, including woodlands, edges, yards, and parks. If you’re looking to take a picture, keep your eyes on the ground as that’s where they spend most of the time.

Adult downy woodpeckers are the smallest species found in North America. They share a striking resemblance to the slightly larger hairy woodpecker and live similarly, as well.

During spring and summer, Downy Woodpeckers make lots of noise; you’ll notice them by their shrill, whinnying call, and their near-constant drumming on trees. They hitch around tree limbs and trunks, moving more acrobatically than larger woodpeckers.

You’ll find downy woodpeckers in open woodlands, orchards, city parks, and vacant lots. They’re a familiar sight at backyard feeders, parks, and woodlots. It isn’t uncommon to find them nesting inside the walls of buildings.

Yellow-bellied sapsuckers are one of the most common winter woodpeckers in Louisiana. As with all woodpeckers, these birds build their nests in holes in trees, posts, wooden houses, and the like. A mated pair usually produces five to six white eggs.

These woodpeckers come in abundance in Louisiana state between April to September. They feed at sap wells, which are neat rows of shallow holes they drill in tree bark. They lap up the sugary sap along with any insects that may get caught there.

Sap wells made by these birds attract hummingbirds, which also feed off the sap flowing from the tree.

Yellow-bellied Sapsuckers may visit suet feeders but not so much with bird feeders. If you own young birches or maple trees in your yard, it’s likely you’ll find these sapsuckers drilling its sap wells firsthand.

Their drilling usually doesn’t have any damaging impact on healthy trees, but young trees may die if targeted. Owners commonly use bird repellents on the limbs and trunks of their trees to discourage these sapsuckers.

Red-naped sapsuckers were long thought to be a subspecies of the yellow-bellied sapsucker. However, due to their significant genetic differences, they’re now known as a completely distinct species.

Like other sapsuckers, Red-naped sapsuckers drill holes in trees and eat both the sap and insects attracted to it. They’d sometimes catch insects in flight, and eat seeds and berries they find along the way.

If you have aspens, birches, or pines in your yard, you’ll most likely receive a visit from these beautiful birds. Suet feeders attract them the most, so you can try putting one up in a shady spot in your yard if you want them to stop by.

There are many species of woodpeckers found in Louisiana. Among the nine we’ve listed, those that are most commonly found are the red-headed woodpecker, the northern flicker, and the downy woodpeckers.

Although some of these birds may cause harm to backyard plants and crops, deterring them isn’t as difficult as you may initially think. They mostly hate anything reflective, such as shiny metal objects, aluminum foil, or reflective tape, and commercially bought bird repellents.