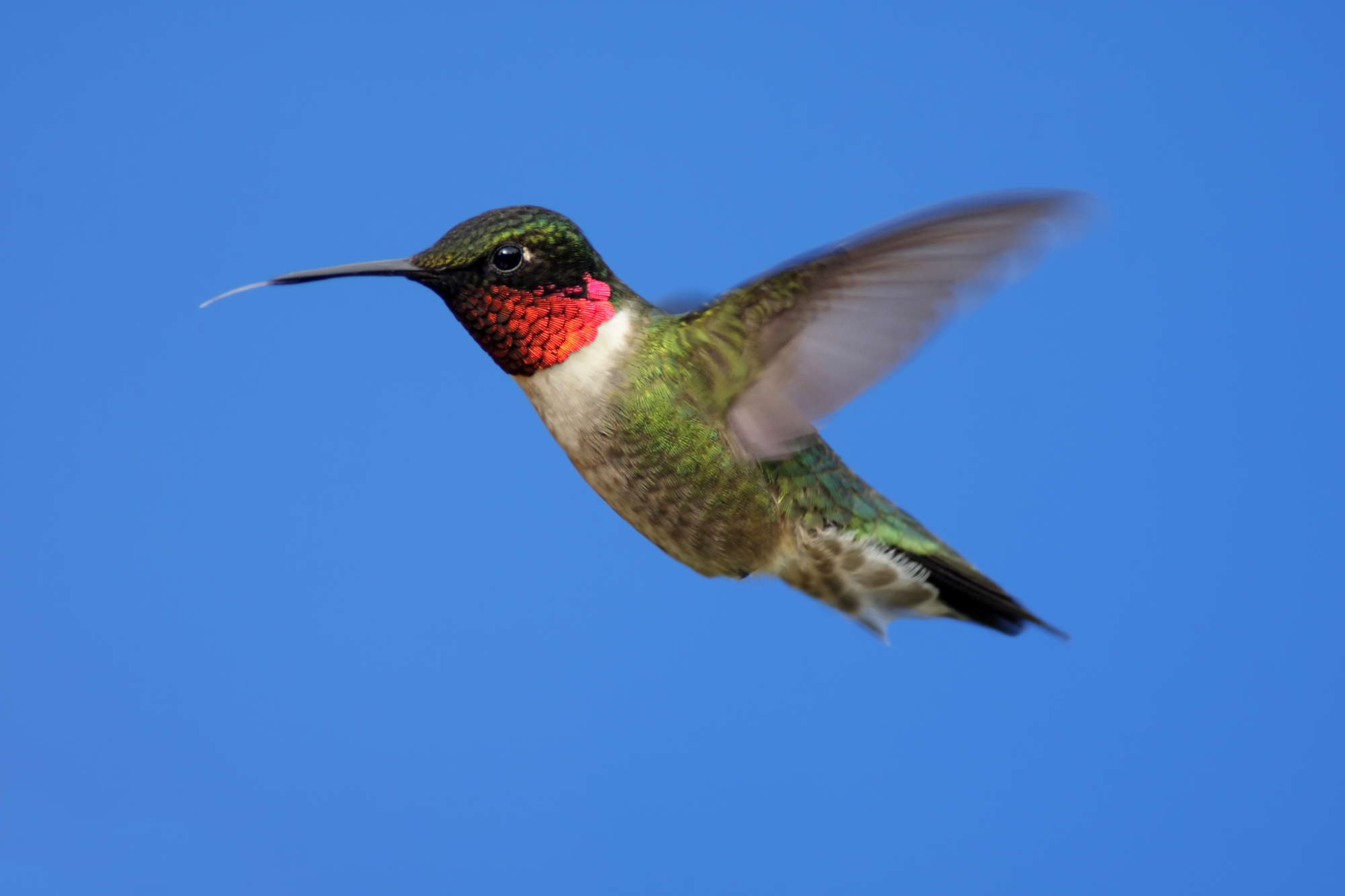 Wisconsin is a beautiful state, known best for its waterfront features, which include 15,000 lakes and 13,500 miles of traversable rivers and watercourses.

Water is such a prominent aspect of Wisconsin’s geography that it even took its name from the Wisconsin River – a 430-mile river that winds through several of its cities.

A state flush with so many natural resources is attractive to all kinds of wildlife — especially hummingbirds. There are seven species of these beautiful birds recorded in Wisconsin. These are Anna’s, Broad-billed, Buff-bellied, Green-breasted mango, Mexican Violetear, Ruby-throated, and Rufous.

Here are a few fun facts about hummingbirds in Wisconsin.

Hummingbirds You Can Find in Wisconsin

There are approximately 350 hummingbird species, but only eight habitually nest in the United States. 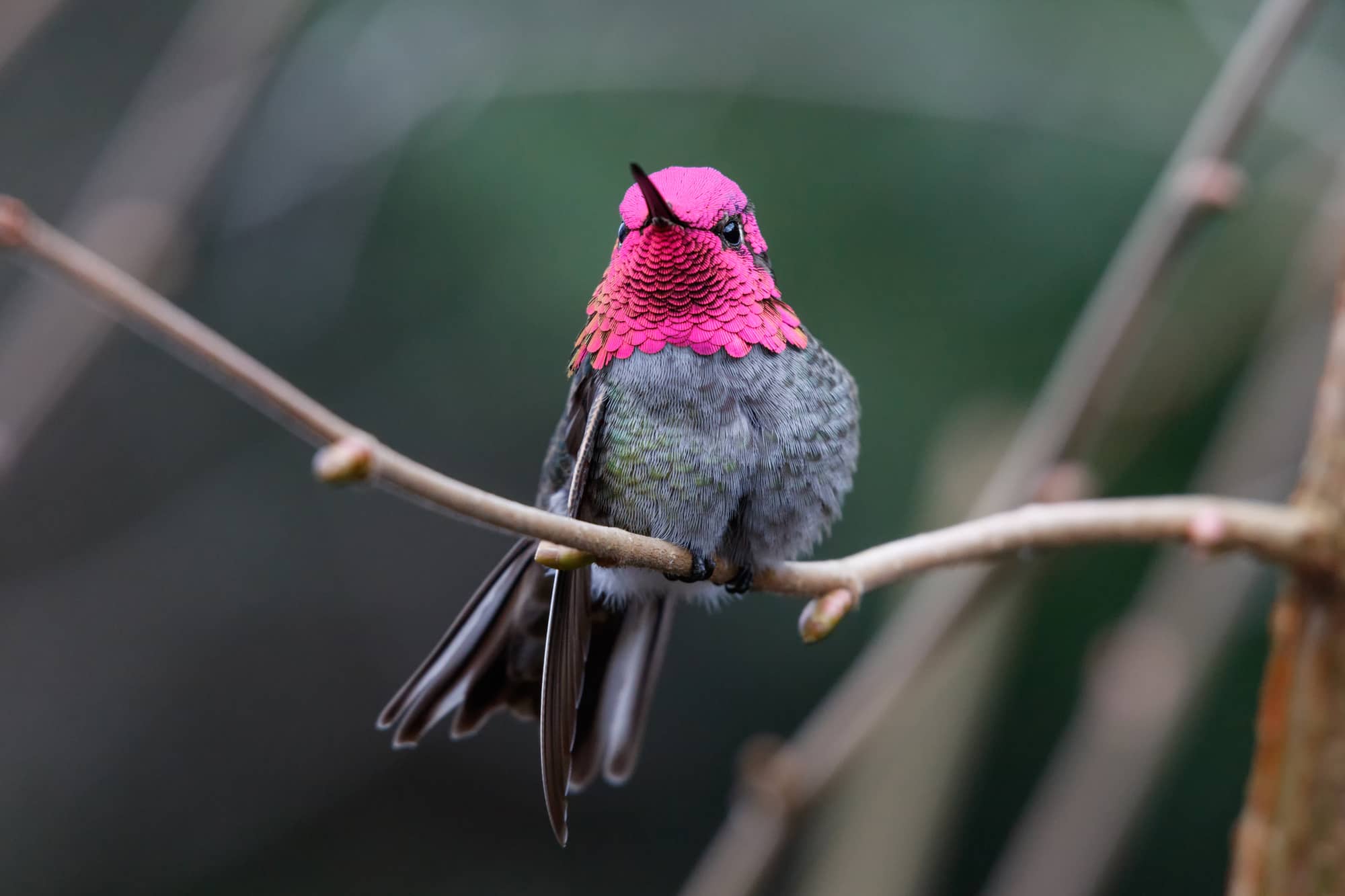 These birds display sexual dimorphism. The male’s appearance is distinct from the female’s. Male Anna’s have a striking rose-crimson throat, face, and crown. Anna’s hummingbirds are the only hummingbirds in the United States with a red-rose crown.

The bright pink magenta is absent from females; however, they have a tiny red gorget (most female hummingbirds don’t have a gorget).

Anna’s is one of three permanent inhabitants of North America. The other two are Allen’s and Costa hummingbirds.

Anna’s hummingbird’s breeding ground is along the western coastal regions of the United States. The appearance in Wisconsin is as rare/accidental.

Anna’s, like other hummingbirds, have an exceptionally elevated metabolism with a resting heart rate of 420 – 460 beats per minute that can soar to 1220 in flight.

A resting hummingbird inhales and exhales at about 250 breaths per minute.

The Buff-bellied is medium in stature and comparatively large than most other hummingbirds.

The Buff-bellied hummingbird’s back and crown feathers are bronze and olive green, and its forked tail and base wings are reddish-brown (rufous).

The Buff-bellied have a prominent coral-red bill with a dark tip, and their throat is brilliant turquoise. Their chest and stomach are a yellowish-beige color (buff).

The female Buff-bellied hummingbird has a black-brown upper bill and dull plumage.

The oldest living Buff-bellied, banded, and recorded, was 11 years and two months.

The Broad-billed hummingbird is relatively small, and they are considered the beauties of the hummingbird family.

The male has a prominent red bill, colorful gorget and chest, and a golden-green body. They have more extensive, rounder tails than the females.

The female is golden-green on her back and crown and pale grey underneath, and she has a white-tipped, square tail.

The female has a distinctive white stripe around each eye

The Broad-billed hummingbird feasts on insect and nectar, favoring bouvardia or desert honeysuckle.

The Broad-billed consumes about 1.5 – 3 times its own body mass daily. It may feed 5 to 10 times every hour. The Their intestine is the width of one hair and two inches long.

They nest in Northwestern Mexico and Arizonian canyons up to approximately 6,500 feet elevations. They are accidental vagrants in Wisconsin.

They prefer riparian areas like cottonwoods, sycamores, and willows. After breeding, they’ll search and feed at loftier elevations of 10 000 feet.

The Green-breasted Mango is a large-sized and hulking hummingbird. Their backs and crowns are emerald green, and they have a slightly arched, black bill.

The male has a matte black stripe on its chest and undercarriage, lined in blue-green. His flanks are green, and he has a purple chin.

The female back is bronze-green and has a white underside with a dark stripe down the center that transitions to blue-green at the throat.

In adult males, the outer tail is bronze with an intense crimson-purple, and the adult female’s tail has bronze and magenta with brilliant shades of blue and white tips.

The Green-breasted Mango hummingbird resides in tropical areas and the coasts of Mexico and Central and South America, and it’s a rare visitor to Wisconsin.

Their preferred food sources consist of the flowers of vast trees, such as Inga, Ceiba, and Erythrina.

The Mexican Violetear is moderately large for hummingbirds with resplendent dark green and blue-violet plumage. Their bill is decurved and black.

They have velvety violet-blue feathery markings on either side of their neck. Their wings have ebony-black primaries.

Their tails have a subterminal belt of dark blue-black feathers with a scattering of metallic bronze patches.

During nesting season, The Mexican Violetear nests in the high ground of southern Mexico and Nicaragua, and they are rare accidentals in Wisconsin.

The Mexican Violetear are not social birds; instead, they are solitary and nomadic hummingbirds.

They are inclined to gather in areas with preferred flowers and bushes, like the inga coffee shade plant and coffee plantations.

The Mexican Violetear inhabits humid and high-altitude areas, between 3 900 feet and 7500 feet, areas like cloud forests. 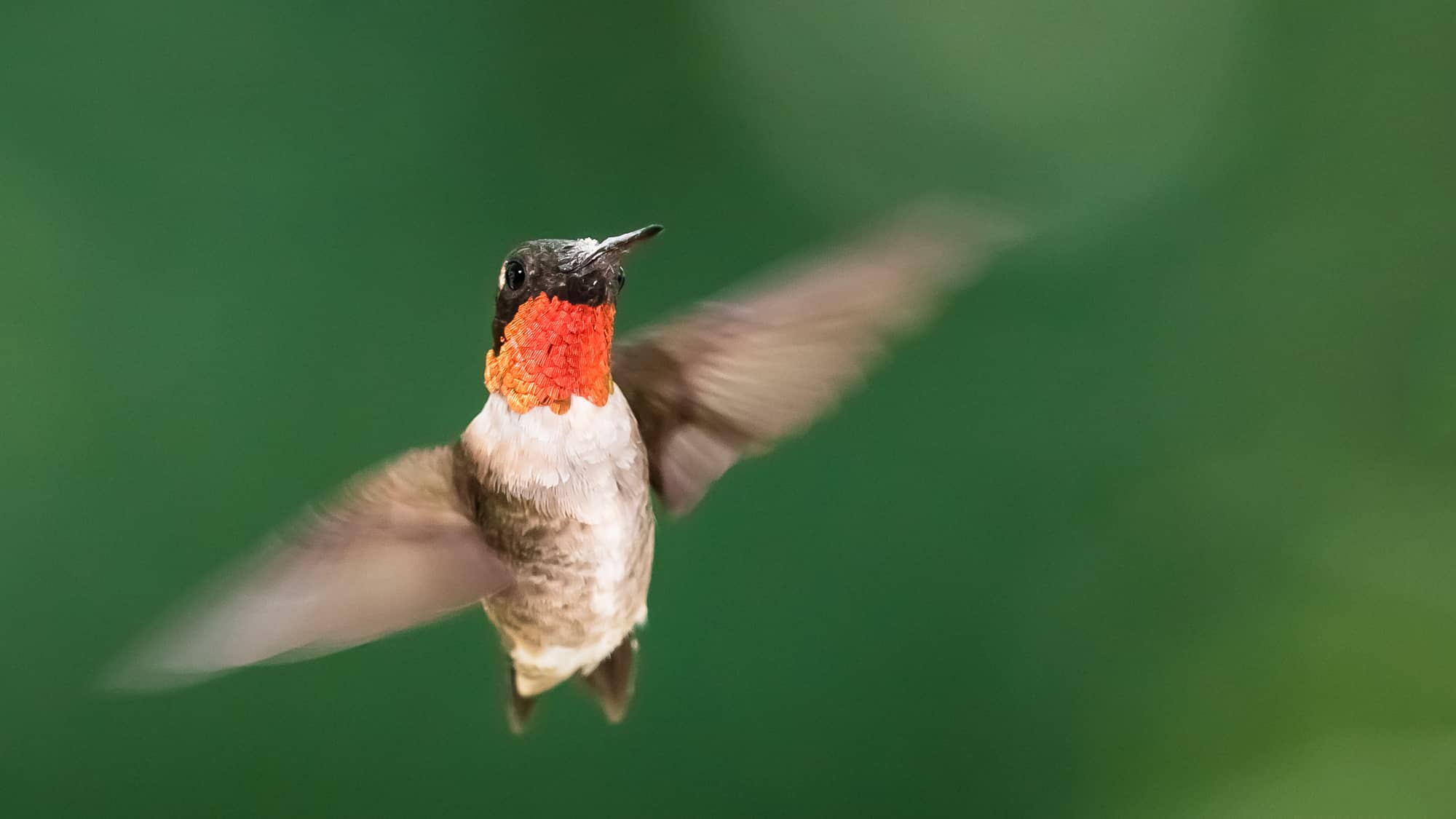 The Ruby-throated hummingbirds are metallic bronze, emerald-green on their backs, nape, and crowns. They have a slim, decurved bill.

Males have a brilliant red-feathered throat band that becomes more apparent in direct light and appears black in no light.

Females have a greyish tint throat band (the red is absent) with speckles of auburn-brown and white-tipped wings and pale, grey undercarriage.

Females have longer bills than males. Ruby-throated is challenging to distinguish from the Black-chinned hummingbird.

The Ruby-throated is the only hummingbird that nests/breeds in the eastern hemisphere of North America. They enjoy open woodland areas.

Like other hummingbirds, the Ruby-throated is the only bird that can hover and fly backward and upside-down.

The Ruby-throated beats its wings more than 50 times a second.

Their blade-like wings have specialized shoulder joints that rotate 180 degrees and allow a figure-eight flight motion.

The female doesn’t have a red throat, but they have an orange spot. The Rufous are tiny hummingbirds, which weigh just over a penny.

The female’s throat is pale grey with freckles of orange; their crown and back are a bronze, glistening green, and they have white-tipped tail feathers.

The Rufous hummingbird has a reputation for being territorial and combative, and they will successfully chase off predators with territorial dive displays.

The Rufous travels the longest migration route of all birds relative to its size, and they migrate over 4000 miles. It’s an accidental visitor to Wisconsin.

The hummingbirds display an impressive ability to record the position of flowers and hummingbird feeders. Their memories play an integral role in successful migration patterns.

The Ruby-throated is the only hummingbird native to Wisconsin. Hummingbirds are attracted to feeders and gardens designed to accommodate their feeding habits, which is probably why so many vagrants are seen beyond their usual migratory patterns.

Click the link to learn about the other amazing birds of Wisconsin!