Can Birds Eat Chocolate? Plus Other Foods They Should Avoid! 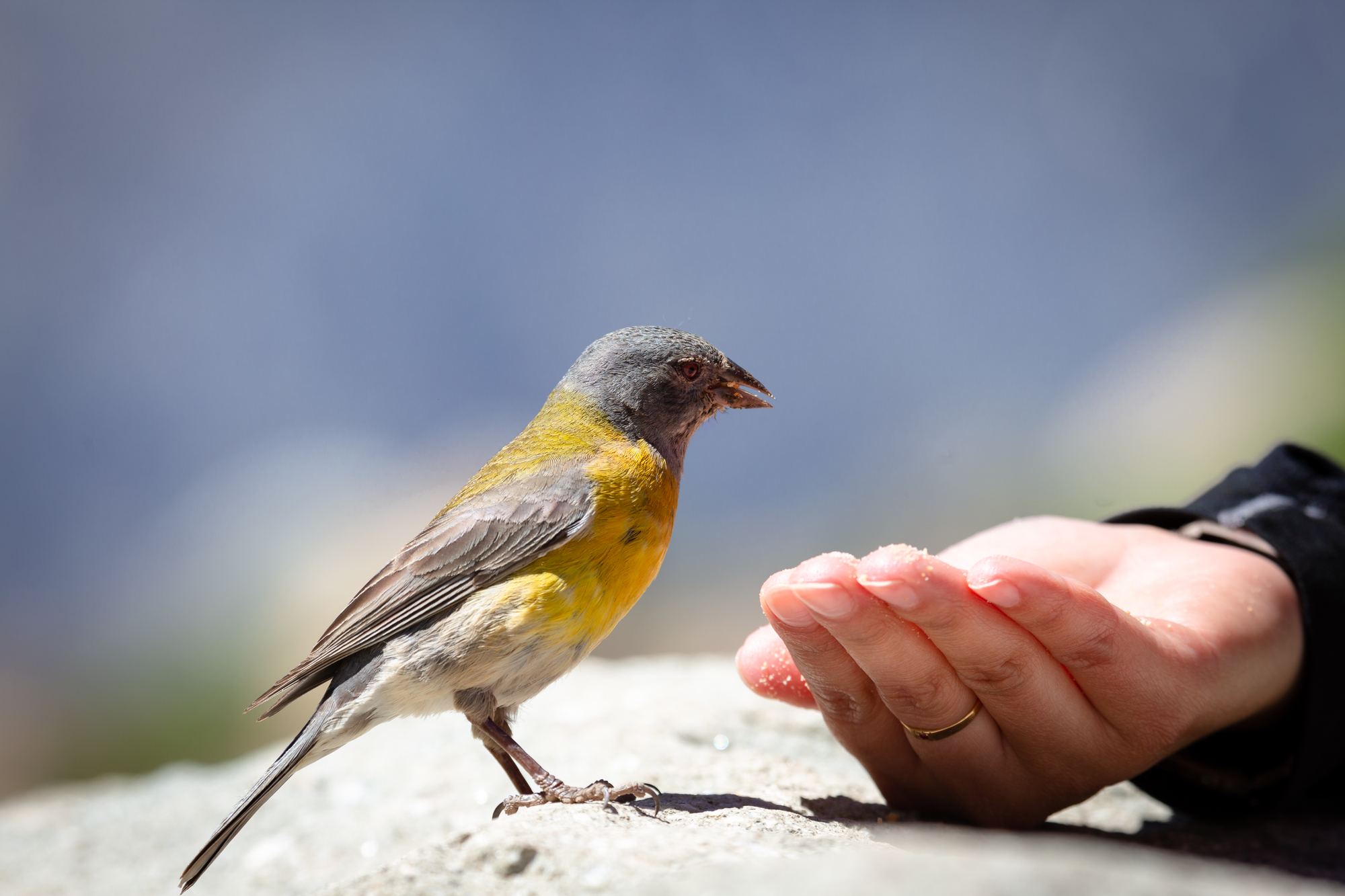 By now, you probably know that chocolate is bad for dogs, but did you know it’s also bad for birds (along with most other pets)?

According to Mokaram Sara, DVM and Ph.D. of veterinary surgery at the University of Tehran in Iran, chocolate and chocolate products contain Methylxanthines theobromine, and caffeine, which induce chocolate toxicity in dogs.

Dr. Sara documented a case of a pet bird that had to be admitted after it consumed chocolate, and then experienced convulsions and tremors.

Other common symptoms of chocolate toxicity in birds include abnormal behavior, aggression, heart arrhythmia, vomiting, and sudden death, among other things.

While dogs are perhaps more likely than birds to get into chocolate due to their curious nature and relationship to humans, birds may be more sensitive to its damaging effects.

You shouldn’t feed birds any amount of chocolate, dark chocolate,  cocoa beans, or any foods that contain it. Dr. Sara also notes that, in one case, an African grey parrot died from liver, lung, and renal congestion after consuming just one chocolate donut.

So while it can be tempting to give scraps to pet birds or wild birds in order to avoid wasting food, it’s not a good idea. Even a bite of chocolate can be harmful!

Birds and dogs aren’t the only animals that shouldn’t consume chocolate. According to The Humane Society, chocolate is also toxic food to cats and ferrets.

The same applies to wild birds, which are often smaller than many pet birds and often maybe even more sensitive to chocolate consumption.

As a rule, you should abstain from feeding wild birds most processed human foods. Birds require a specific diet that’s high in nutrients. Most processed food can’t provide birds with a healthy diet. Not to mention, they contain additives that are harmful to birds.

Research what food is right for the birds in your yard, whether that’s a diet of seeds to attract birds like juncos and chickadees,  fruits for the woodpeckers, or a sugar solution for birds like hummingbirds.

Are there any sweet foods you can give to birds?

Chocolate isn’t the only chocolate that isn’t good for birds and other wildlife. The Humane Society of the United States says that foods containing Xylitol  — and sugar substitute — can be toxic as well.

However, there are some sweet foods that can be enjoyed by birds.

Hummingbirds, as you probably know, eat nectar, which can be mimicked in a hummingbird feeder with a simple homemade mixture that’s four parts water and one part table sugar.

Orioles and some woodpeckers favor oranges, as it’s one of their favorite foods. If you cut one in half and place it open side up on a feeder or fence, the birds will have easy access, making for great bird-watching opportunities.

Robins, cardinals, and bluebirds, among other species, enjoy dried fruits like raises; meanwhile, jelly is known to attract orioles. Just make sure to buy jelly without artificial sweeteners and keep your jelly offerings in moderation.

Make sure your feeder stays clean!

If you decided to feed birds, via a feeder or from the list of safe foods, then it’s important to keep your material clean to prevent the spread of disease.

It’s even more critical with sweet foods like jelly and fruits.

These foods leave sticky residue on the feeders, and if they get on the bird’s feathers, it can be difficult for them to fly. Additionally, sticky feeders have the potential to attract unwanted pests to your yard.

The Cornell Lab of Ornithology suggests cleaning feeders at least once every two weeks, and more often during wet periods or if there have been sick birds in your area.

You can clean your feeders in the dishwasher or with soap and water, then use a 10 percent bleach solution. Make sure to rinse off all bleach and dry your feeders well before putting the feeder back out for birds.

Can birds eat any other human food?

Even though it’s tempting to want to feed birds, most things from your kitchen are a no-go for the birds in your backyard.

For example, many birds love sunflower seeds, but they shouldn’t eat the kind that humans love! There’s a special brand called black-oil sunflower seeds that are far for our winged friends to consume.

Truth be told, many popular sunflower brands contain unhealthy amounts of sodium for humans as well, but at least we can process it better than our feathered friends.

It’s tempting to throw out old food for wildlife to eat after it is past the recommended date of human consumption, but it’s best to just dispose of that food in the garbage.

Even small amounts of chocolate can kill birds and other animals, and since we all want to keep birds safe, always remember to err on the side of caution.

In addition to being potentially bad for the birds, lots of old bread can increase algae blooms, moldy food can lead to diseases, and an overabundance of unwanted food can lead to more undesirable wildlife in your yard like mice and rats.

Jacob Swanson is a writer and wildlife photographer born and raised in Wisconsin and currently based in Salt Lake City. Since graduating from the University of Wisconsin-Madison, his work has appeared in over a dozen different web and print outlets. In his free time, he’s on a personal quest to visit every U.S. national park and see as many wildlife species as possible. His favorite birds are whooping and sandhill cranes.