The result of Canadian Geographic’s efforts was the Gray Jay being voted as the winner for a national symbol.

But some hard-working birders and ornithologists had the bird’s name changed. Here’s the scoop…

The official renaming of this intriguing bird has finally taken effect. Here is an excerpt from Audubon’s website relating how this change has occurred.

“…the American Ornithological Society, a scientific body that’s responsible for the classification and naming of birds in North America, agreed to officially change the name of the Gray Jay to Canada Jay. The history of the name “Canada Jay” runs deep: It was the name Perisoreus canadensis had gone by from at least 1831 to 1957, and it was the name John J. Audubon used on his original, hand-engraved plates.”

Why the Gray Jay Would Make a Great Choice as Canada’s National Bird? 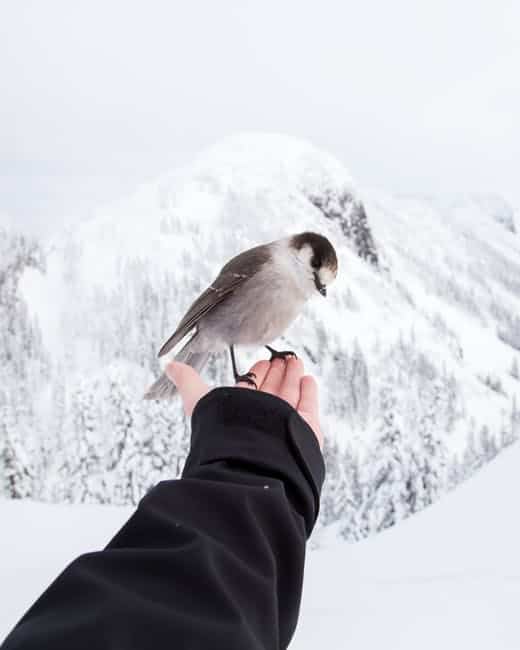 And hopefully Canada’s parliamentarians will accept the Gray Jay as Canada’s National Bird when Canadian Geographic puts it forward to be named the national bird in 2017 as it will be Canada’s 150th Anniversary. But alas, they did not. Which government will get it done?

How did I Vote & Why in the Canadian Geographic Charge?

I voted for the Common Loon, because it is found in every province and territory of Canada. It is a Canadian icon already.

Its image is on the one dollar coin, named appropriately the “loonie”

Most important for me, It is part of my loved experience as a canoeist, hearing the call of the Loon carried over the lakes on a misty morning.

Memories of seeing this stately and attractive water bird which has been such a cherished part of my life, I could not ignore.

Then, I listened to David M. Bird, Ph.D., Emeritus Professor of Wildlife Biology from McGill University speaking about the merits of the Gray Jay and why it would make the perfect Canadian National Bird.

I was persuaded and convinced, this was the best and only choice for Canada’s National Bird!

It was too late at that point to change my vote but I would have been  delighted with the winner and a big supporter of the now named Canada Jay as Canada’s National Bird.

But shamefully it is not settled yet.

Some people were upset that some of the other more popular birds from the five finalists, Common Loon, Canada Goose, Snowy Owl and Black-capped Chickadee were not chosen. Some people think they are better known and already represent Canada in some way.

But all of these birds are already a provincial bird or represented on coins and in other such ways.

And I agree they are better known, but that is not necessarily a good reason for any of them to be named as Canada’s National Bird.

(Learn about the Canada Jay here.)

Others think it would be more suited to Canadian style being called the “Whisky Jack”, implying that whiskey is the alcoholic beverage of choice in Canada.

Although in my experience beer not whiskey is more the drink being ordered in Canadian Pubs, but many wine drinkers would have their objections too!

But which spelling would be chosen? Whisky is a Canadian spelling and Whiskey is American.

The website mensjournal.com quotes David Broom, author of The World Atlas of Whisky.

He says in his book, history has it that Whisky without the “e” is the Scottish spelling originating from Gaelic for “water of life”. It is spelled this way most popularly around the world including Japan, Scotland and Canada.

Ireland and the United States use the spelling “Whiskey”.

There we go again. ? 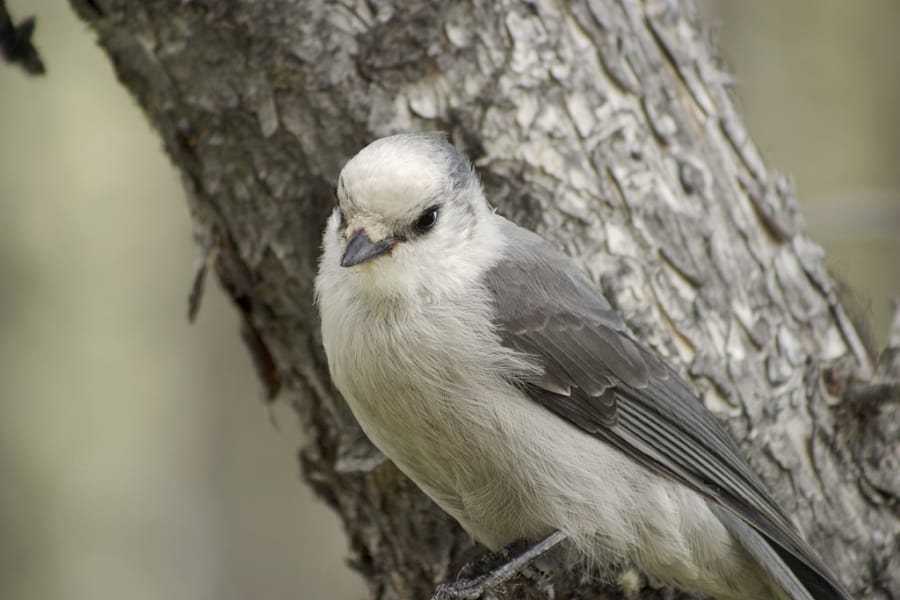 What about a change that would be closer to “Wisakedjak”?

This is an aboriginal name given by the Cree for their mythological figure “wihsakecahkw”, who was known for being benign, fun-loving and cheerful.

The natives saw the Gray Jay as possessing these same character qualities.

This is actually how calling this Jay “Whiskey Jack” came about. It originally had nothing to do with the alcoholic beverage.

If you have ever sat with a group of people and passed a whispered story around the circle, you will have experienced how the last person telling it, will have a completely different tale to tell than the first person who told it!

Or perhaps the lumberjacks just had this drink on their minds and “Whiskey Jack” was easier for them to pronounce. ?

Then there are those who would like to see the Gray Jay’s name changed to “Canada Jay”. But, in my opinion I feel no bird should be named after a country. Sorry. But that’s how I feel.

Wildlife is not bound by borders and when enjoying and studying wildlife, country borders have no place in my opinion.

But it was successfully changed to Canada Jay in 2018.

I know I am not alone in thinking this way either. Perhaps not in naming birds but when it comes to studying.

The Cornell Lab of Ornithology and Bird Studies Canada know this too. They collaborate on projects, recognizing that birdlife cannot be fully studied within the confines of human defined borders.

This is just my take on this great project that the Canadian Geographic took on. Let’s be thankful that somebody took it upon themselves to try and get Canada to have a National Bird, but no success yet!

Learn all about this wonderful, intriguing wild bird, The Canada Jay.

Thanks Canadian Geographic for trying!