Do Hawks Eat Crows? Facts About Their Interesting Relationship! 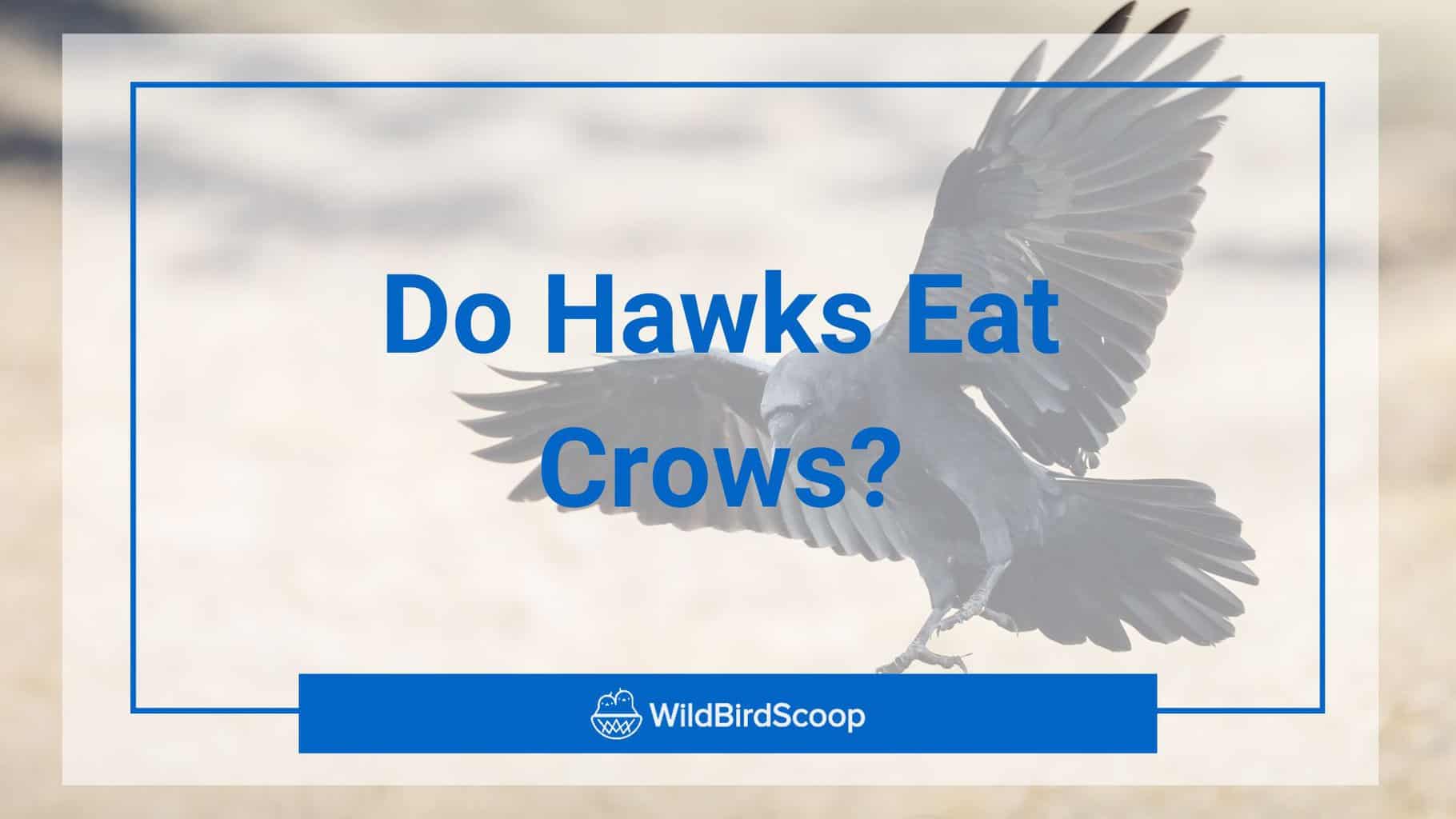 Known to feast on small mammals and even invertebrates, it’s clear that hawks have voracious appetites. On some occasions, these raptors also make meals of other smaller birds, like bluejays and cardinals, which begs the question: do hawks eat crows as well?

The answer, however, is a bit more complicated than a simple yes or no. In this blog post, we will explore the diet of hawks and determine whether or not they eat crows. We will also take a look at some of the reasons why hawks might choose to prey on crows. Stay tuned for more information!

Hawks are predators that feast on smaller animals, such as rodents, rabbits, and snakes. Some species of hawk will also consume larger prey, such as ducks, geese, and small mammals. But do hawks eat crows? It is not common for hawks to prey on crows, but it does happen on occasion.

Crows are relatively large birds, which makes them difficult targets for hawks.  Additionally, crows are intelligent birds that often evade being captured by predators. However, if a hawk is particularly hungry or desperate, it may take the risk of attacking a crow. Ultimately, whether or not hawks eat crows depends on the individual bird and the circumstances.

Do Hawks And Crows Fight?

Hawks and crows are two types of birds that often coexist in the same environment. Both birds are known to be aggressive, and they frequently fight with each other over food and territory. Hawks are larger than crows, and they have sharp talons that they use to capture prey.

Crows, on the other hand, are more agile and can use their beaks to good effect in a fight. Although both birds are capable of inflicting serious injury on each other, they usually avoid fatal confrontations. Instead, they will typically engage in a “standoff” until one bird finally decides to back down.

In some cases, however, these confrontations can escalate into full-blown fights that can last for several minutes. Ultimately, whether or not hawks and crows fight depends on the individual birds involved. Some birds seem to get along well with each other, while others seem to be perpetually at war.

Hawks are known to be predators of many animals, including rodents, reptiles, and even other birds. So, it’s not surprising that these powerful predators might target crows and their eggs. While hawks will eat just about anything they can catch, they do have preferences.

This means that hawk predation can have a significant impact on crow populations, as it can be difficult for crows to replace lost eggs. Given the threat that hawks pose to crows, it’s no wonder that these two species are often seen in conflict with each other.

Hawks and ravens are both birds of prey, but they have different hunting and eating habits.  Typically, hawks hunt during daytime, using their sharp vision to spot small animals from a distance. They then swoop down and grasp their prey with their talons. Ravens, on the other hand, are mostly active at night.

They use their acute sense of hearing to locate food, and will often scavenge for carrion instead of killing their prey. While hawks will occasionally eat carrion, they typically prefer to hunt and eat fresh meat. In terms of diet, therefore, hawks and ravens are not natural enemies.

Hawks are predators, which means they rely on other animals for food. This can include anything from small rodents to large mammals, depending on the species of hawk. While hawks typically hunt live prey, there are instances where they will eat carrion or dead animals.

In some cases, this may be due to necessity, such as when a hawk is injured and unable to kill its food. In other cases, it may simply be because the carcass is an easy meal. Crows are one of the many types of birds that hawks may choose to eat.

While crows are not typically on the menu, there are no doubt instances where a hawk has snacked on a dead crow. So, while it’s not their first choice, hawks do occasionally eat dead crows.

So do hawks eat crows? While it’s not common, it does happen on occasion. Typically, hawks prefer smaller prey, but they will eat crows if they are particularly hungry or desperate.

With that said, hawks, on occasion, do target small crow eggs if they come across them.

And even though crows don’t make up a significant portion of a hawk’s diet, these birds do engage in conflict when territories are infringed on, or food sources are scarce. Ultimately, any feuds between these birds depend on environmental factors and the available food supply.