Do Hummingbirds Have Tongues? The Weird and Wild Truth! 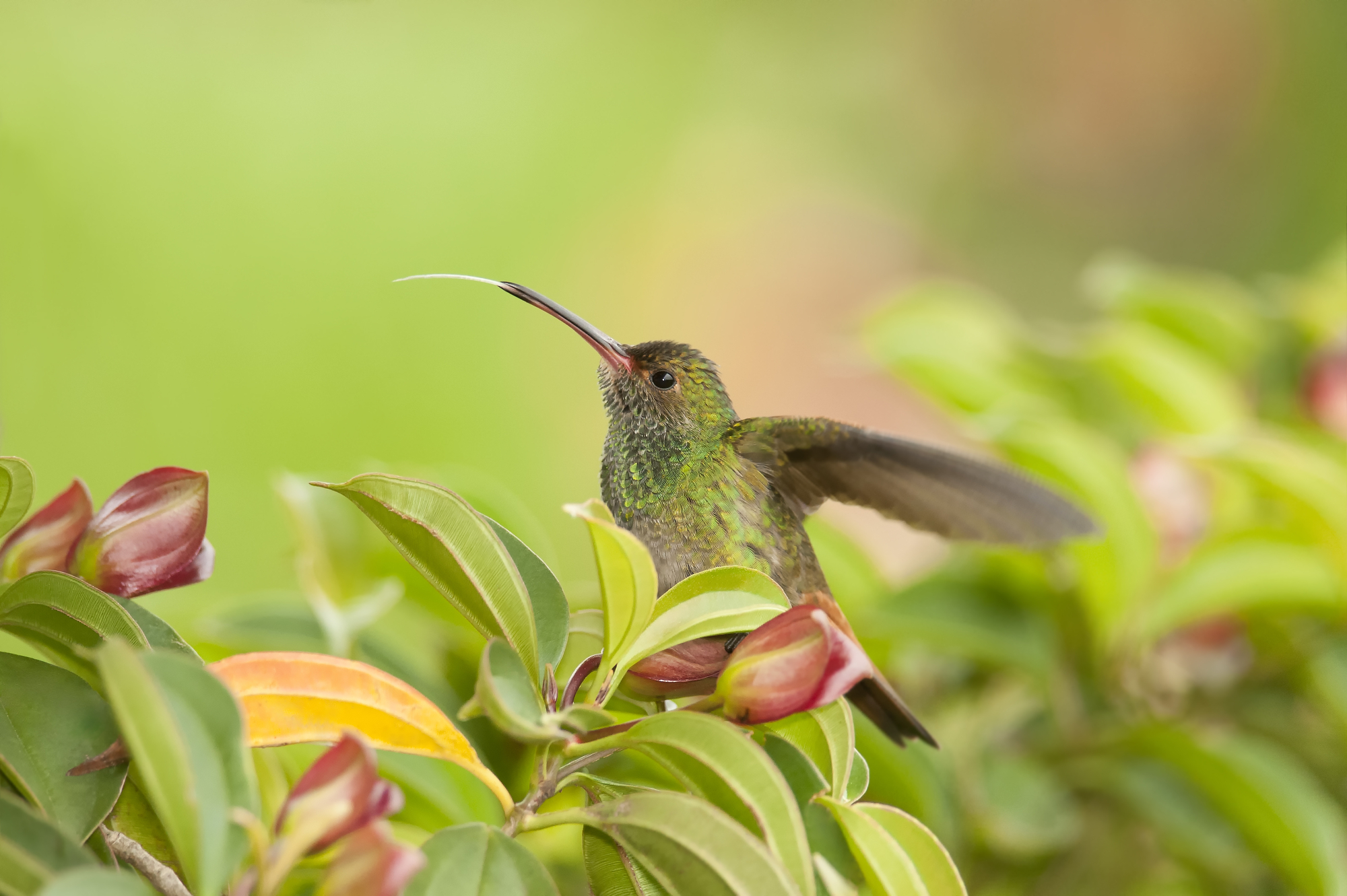 Hummingbirds have long, pointy bills that they poke right up into flowers for nectar. Is that how they drink? Is the bill itself the straw that brings them all that sugary goodness?

It turns out that hummingbirds do have tongues, and they are wilder and weirder than anyone ever imagined! Forget the band KISS; hummingbirds have the craziest tongues!

Scientists were wrong about hummingbird tongues for over a century! It took high-tech specialized cameras to find out the bizarre and amazing truth.

Like everything else in the hummingbird world, their tongues move faster than we can blink! But in this article, we’ll slow it down and find out the real deal.

Do Hummingbirds Have Tongues?

Yes, hummingbirds have long, narrow tongues to help them sip nectar from flowers.

A hummingbird’s tongue is so long that when it’s not sticking out, it wraps under the hummingbird’s jaw, then behind and around its skull!

A hummingbird’s tongue is long, very skinny, and forked at the end, like a snake’s. It’s hollow in the middle and covered with lamellae, hair-like extensions that run down either side. It’s not fleshy like our tongues either; it just kind of rolls up when it’s not needed.

When you see a hummingbird with its tongue out, it just looks like an extension of its beak. That’s because their tongues are so tiny!

What Is a Hummingbird Tongue Called?

The hummingbird has a forked tongue split at the end, and the scientific term for this is “bifurcated.” It also has extensions on the sides called “lamellae.” But the whole organ itself is still called a tongue.

It was thought for a long time–since at least the 1830s–that hummingbirds’ tongues worked through capillary action, but scientists discovered this isn’t true.

When a hummingbird sticks its outstretched tongue into a flower, it flattens, shutting it. When it touches the floral nectar, the tongue springs open and expands, sucking in the nectar.

The flaps on the sides of the hummingbird’s tongue help it to suck in more nectar because, unlike humans, birds don’t have lips to produce suction.

Do Hummingbirds Stick Their Tongues Out?

Yes, I am happy to report that this adorable action is a fact–one that has been caught on camera!

Hummingbirds stick their tongues into the depths of flowers to lap up nectar, as many as 18 to 20 times per second–much faster than you can count!

They evolved these exceptionally long tongues to help them access nectar that competing insects and birds can’t reach.

An extreme example is the Sword-billed hummingbird, which has a beak longer than its entire body! This impressive beak lets it feed from the base of flowers like the deep, cone-shaped Angel’s Trumpet.

Do Hummingbirds Only Drink Nectar?

Hummingbirds eat a lot of other things besides nectar. Insects are an essential part of their diet, and they can be helpful to humans by scooping up many pest insects, such as mosquitoes, aphids, and weevils.

They also like to take advantage of other sweet liquids when they get the opportunity. If a woodpecker has been hard at work on a nearby tree, hummingbirds will happily help themselves to the sweet sap.

They will also drink the sugary liquids out of fruit if they come across any fallen pieces. Hummingbirds need too much energy to ignore such a golden opportunity!

How Do Hummingbirds Eat Insects?

Hummingbirds eat a wide variety of insects, larvae, and eggs as a major part of their diet.

Spiders are a particular hummingbird favorite–they will eat the spiders and any insects they have caught in their webs!

The shape of their beaks enables them to snap closed at incredible speeds to catch small insects. But they aren’t able to tear insects apart into bite-sized pieces the way most birds would.

Instead, hummingbirds swallow insects whole. You might see them rolling their heads backward several times to help the bugs go down easier.

Of course, hummingbirds have extreme tongues–everything else about them is totally extra! They’re the tiniest birds, the fastest, the best flyers, and now? You know all about their weird and wild tongues. Go forth and impress your friends at trivia night!