Do Hummingbirds Mate for Life? Fun Facts You Never Knew 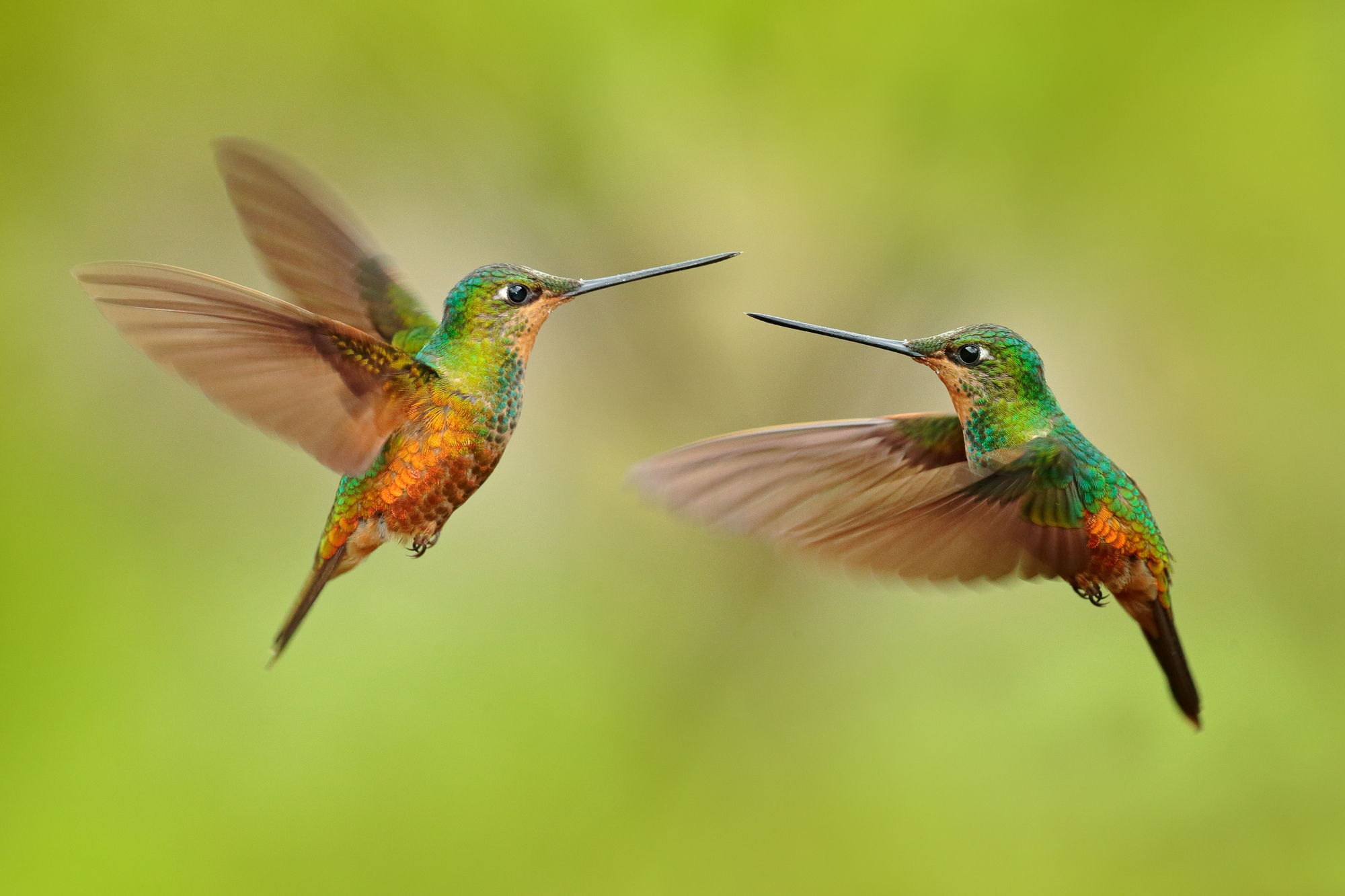 Hummingbirds are the fighter pilot jocks of the bird world. It’s true. In fact, I’ll even tell you later in this article how they’ve got moves that would make Maverick and Iceman jealous.

There is no doubt hummingbirds feel the need — the need — for speed. But do they ever slow down? Do they ever take time for love? For family?

Let’s get to the truth about the love lives of hummingbirds.

Do Hummingbirds Mate for Life?

Nope. It’s nice to think that hummingbirds bond for life, but they mate for just a few seconds, and then they immediately move on. Talk about your one-night stand!

Once they’ve mated, those hummingbird mothers are living the single mom life incubating the eggs, finding food, feeding, and raising the chicks, all on their own.

How Do Hummingbirds Mate?

You might see lots of videos on YouTube from folks claiming they’ve caught hummingbirds mating, but most of those videos are actually males fighting.

How do you know? Hummingbird mating often happens in the blink of an eye.

Hummingbirds mate by pressing their cloacas together, which transfers the male’s sperm to the female. It’s called a “cloacal kiss,” and it takes only three to five seconds.

What’s a cloaca, you ask? It’s kind of an all-in-one bodily fluid disposal unit that birds have. (Reptiles, amphibians, and fish have them too.) On the outside, it just looks like a fold or a bulge that is normally covered by feathers.

No, hummingbirds don’t use their nests again each year. In fact, some hummingbirds will even ditch their first nest within the same breeding season.

https://www.wildbirdscoop.com/hummingbird-nests.htmlHummingbird nests are made from delicate materials, like soft plant fibers and spiderwebs. Once you’ve raised a couple of bouncing baby hummingbirds in them, they just don’t hold up very well.

However, hummingbirds have amazing memories, and they do come back to the same feeding grounds and nesting areas year after year. If a hummingbird nested in one spot before, chances are good that they’ll nest close by again.

Do Hummingbirds Stay Together as a Family?

No. Female hummingbirds are single moms. They take care of every aspect of their chicks’ lives themselves including building the nest, incubating the eggs, gathering food, feeding the chicks, and guiding them until they fledge.

What’s the male up to during this time? He’s out defending that territory around his favorite food source, doing his best to attract and mate with as many females as he can find. He uses elaborate dances and flight displays to impress the ladies.

What is the Life Expectancy of a Hummingbird?

A hummingbird’s average lifespan is about 3 to 5 years, which is impressive considering the way they burn up energy!

The oldest Ruby-Throated Hummingbird known was 9 years and 2 months old when it was released. The oldest hummingbird ever recorded, a female Broad-tailed Hummingbird, was at least 12 years old.

How Often Do Hummingbirds Mate?

Male hummingbirds will try to mate with as many females as they can attract and impress in one season.

Females, on the other hand, will mate and then raise the chicks, so their number of matings per season is much lower. The well-known Ruby-throated Hummingbird will mate and raise chicks one to three times per year.

Some species of birds mate only once per breeding season before migrating south for the winter. Others, especially year-round residents of their regions, will breed multiple times.

It depends a lot on the temperatures where the hummingbirds live, and how much access they have to things like nectar-rich flowers or bugs.

Do Hummingbirds Do a Mating Dance?

Different hummingbird species will put on spectacular displays for their potential mates, including flashing their iridescent feathers, performing tricky flight maneuvers, and even making courtship dives that pull more Gs than fighter pilots!

All of these displays are designed for the males to show the females how fit they are for fatherhood by their ability to waste a hummingbird’s most precious resource: energy.

That’s why, like everything else hummingbirds do, their mating displays are fast. For the human eye to see and appreciate them, we often need help from high-speed cameras.

What Time of Year Do Hummingbirds Mate?

Hummingbirds migrate north to mate in the early spring, around March. The males set out before the females do, establishing those important feeding territories.

Two weeks later, once the females arrive, the males strut their stuff to impress them.

The breeding season continues throughout the warm spring and summer months. Some species of hummingbirds will only mate once, raise their chicks, and get started on their long trek home for the winter.

Others will mate several times and may have a breeding season that lasts throughout the entire summer and into the fall.

How Do Hummingbirds Mate in the Air?

Actually, Hummingbirds don’t mate in mid-air. They do take part in courtship dances in the air, which might look like they’re mating.

But once hummingbirds are ready to do the deed, the female will perch on a branch, and the male will perch behind her so that he can mount her. They touch cloacas for just a few short seconds, and then it’s all over.

Hummingbirds live life on the run, and while they may not slow down for each other, they’ve got their own priorities.

Even though they’re working solo, which is how hummingbirds do everything, they’re still forming a partnership that creates the next generation of hummingbirds.

Just don’t expect any time for romance in the hummingbird world!