Woodpeckers In Minnesota: 11 Species That Call This State Home 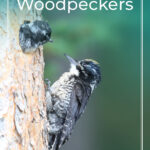 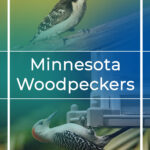 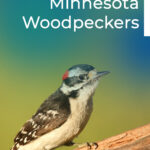 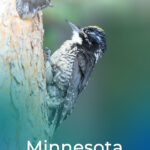 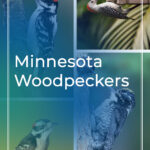 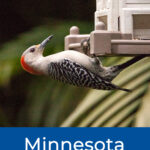 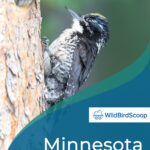 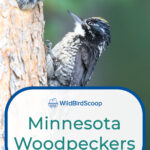 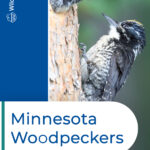 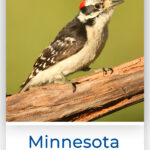 Of the 22 different species of woodpeckers in the United States, 11 can be found in the state of Minnesota, ranging from the common downy woodpecker to the less-common red-headed woodpecker and Williamson’s sapsucker.

Plan on visiting the North Star State soon? Make sure you’ve got your handy dandy field guide and a good pair of binoculars in hand, and see if you can find all 11 species of woodpeckers who make their homes there!

Red-bellied woodpeckers are easy to distinguish from their other woodpeckers because they have a very distinctive look accentuated mainly by a bright red crown on their heads and pale red bellies. Similar to downy and hairy woodpeckers, though, our red-bellied buddy’s back has black and white striping.

The red-bellied woodpecker is often found in woodlands, and they prefer to nest in dead trees and their trunks. It’s not a migratory bird and can be found all over Minnesota — especially in the southern portion of the state — through the entire year, but it can be forced away if the weather gets too harsh.

The good-old downy woodpecker is the smallest and most common woodpecker species in the United States. This species can be found in almost every state and is often found in woodlands near streams and rivers. Even though downies can be sighted all over Minnesota, they’re known to occupy east of the state. These little fellows have dark wings, pale bellies, and a tiny red patch on top of their heads.

The downy woodpecker prefers to make its nest in dead trees, and if it can’t find any dead trees, it nests in the dead parts of living trees. Its diet consists mainly of insects and non-insect arthropods.

Next up on our list is the hairy woodpecker. This feathered fellow is pretty similar to the downy woodpecker when it comes to its striped pattern, however, it’s significantly larger than its downy cousin. It’s also less common and more energetic. This species of woodpeckers excels when it comes to excavating trees, as they’re equipped with powerful bills that enable them to find insect larvae with ease.

The hairy woodpecker isn’t a migratory bird, so if you’re in Minnesota year-round, you’ll likely catch a glimpse of one. But if the weather begins to reach bitterly cold temperatures, expect the hairy to head south until it’s warm again. These birds are extremely adaptable, so they can be found almost anywhere in the United States as long as there are trees to excavate and larvae to snack on.

Much like the previously mentioned downies and hairies, the pileated woodpecker can be found across Minnesota throughout the whole year, but these birds tend to stick to the northern hemisphere and eastern border of the state.

The pileated woodpecker has a pretty distinctive look, accentuated by red feathers on top of its head and a bright white neck, while the rest of its body is covered in black feathers. Our pal the pileated woodpecker is quite large and powerful compared to other species, and the cavities that it drills tend to have a rectangular shape.

If you’re eager to spot a pileated woodpecker, take a stroll through mature, coniferous woodlands and take a look up at the sky. You never know what might be soaring above you.

Like many woodpeckers, the yellow-bellied sapsucker flaunts black and white patterns on its back, but what sets them apart are its crimson crown and the pale yellow feathers on its belly. These birds are fairly small, but not as small as the downy woodpeckers.

The thing about the Yellow-Bellied Sapsucker is that they can only be found in Minnesota during their migration and breeding seasons. During such seasons, these woodpeckers are likely to be east of the state. They tend to nest in forested areas, but they change places depending on the season. As you’ve probably guessed by its name, this bird feeds on sap, but it also likes insects and fruits.

The northern flicker, one of the largest woodpeckers in the United States, can be seen all around Minnesota no matter the season. They’re easy to find in any region in the state, but their population tends to be most abundant in central areas. You’ll know them by their spotted bellies and red patches on their tails and faces.

Even though they’re mostly found in wooded areas, they don’t mind nesting in suburbs and parks. Oddly enough for a woodpecker, they’re not quite fond of hammering away at trees; instead, they prefer to look for food on the ground.

As the name suggests, the red-headed woodpecker has a head covered in red bright feathers, while the rest of its body is grey and white. The red-headed woodpecker can be found all over Minnesota during breeding seasons, but if you’re in the northern area, you’re more likely to spot one. If it’s not the time for breeding, however, the chances of spotting one of these bright-headed birds are slim.

These medium-sized woodpeckers prefer to spend their days in Minnesota’s woodlands, and its diet consists of mostly insects and a few fruits, like berries.

The black-backed woodpecker can be spotted in the northeast portion of the state of Minnesota. After hearing this bird’s name, it should come as no surprise that it has a back covered in black feathers, and its belly is the yang to the back’s yin and is fully white. As far as size is concerned, our black and white feathered friends have average-sized bodies but relatively large heads.

The black-backed woodpecker prefers to dwell and nest in coniferous forests, especially burnt areas, and feed on wood-boring beetles, nuts, and fruits. Though they can be seen throughout the year in Minnesota, birds of this species don’t have the greatest range across North America.

The American three-toed woodpecker is one of the smallest species in the United States. While the bird’s most distinctive feature is the bright yellow patches on its head, the rest of its body stays neutral, covered in white and black feathers.

This woodpecker prefers to dwell in mature forests but also likes to nest in boreal and mountain forests while feasting on fruits, beetle larvae, and insects. The American three-toed woodpecker isn’t the most common species in Minnesota, but you’re sure to find one year-round, especially in the northeast.

While our little friend Lewis’s woodpecker isn’t the most common resident of Minnesota, they can be found in the southeastern portion of the state outside of their breeding seasons. This medium-sized bird prefers spacious forests over dense ones and spends its days dwelling and breeding in pine forests. In the summer, you’ll see this bird snacking on insects, but as the weather grows colder and the winter months set in, it changes its dietary patterns and opts for nuts and acorns instead.

This bird sports greenish wing feathers and a pale pink belly, but you can’t distinguish these colors in the dark; there has to be a bright beam of light shining on it to see them.

Though every Williamson’s sapsucker is dressed in black and white feathers, males of this species flaunt yellow bellies, distinguishing them from their female friends. This medium-sized bird is most likely to be found in wooded areas, especially coniferous woodlands, sipping on sap. If you spot one, be careful not to encroach on its space, as males of this species are extremely territorial.

Speaking of location, it’s worth noting that this is the least common woodpecker in Minnesota. You may see a few of them west of the state, but they visit the Land of 10,000 Lakes during their breeding seasons.

As you can see, Minnesota boasts a wide variety of woodpeckers for you to feast your eyes on.

Seasoned bird enthusiasts should also be on the lookout for the dark-eyed junco, blue jay, mourning dove, New World warblers, and northern cardinal should you find yourself in the Upper Midwest.