Bird Strikes – The Causes, the Facts, and the Figures! 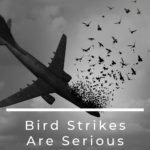 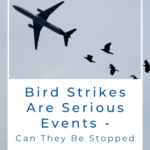 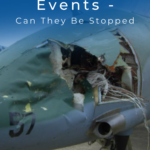 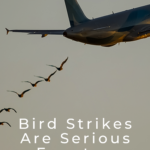 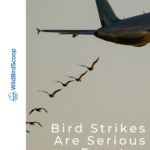 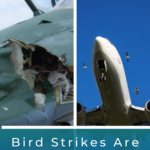 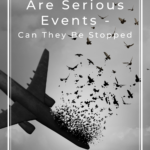 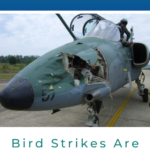 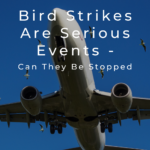 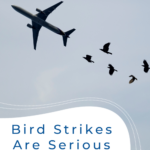 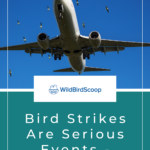 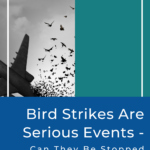 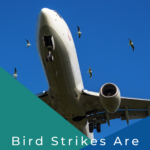 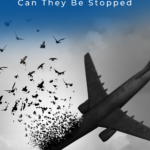 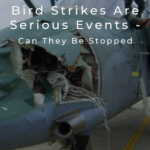 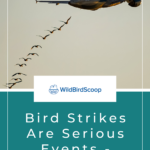 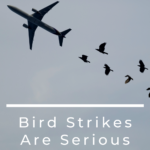 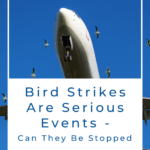 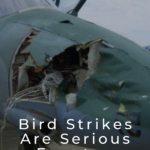 Bird strikes with airplanes aren’t as common as those with buildings or vehicles, but when they happen, they can cause significant damage and danger to people and property, as well as certain death for birds. And efforts to reduce bird strikes cover thousands of annual bird deaths.

Perhaps the most famous example of a bird strike with an airplane is the “Miracle on the Hudson.”

On Jan. 15, 2009, Captain Chesley “Sully” Sullenberger landed US Airways Flight 1549 in the Hudson River after the plane collided with a flock of Canada geese, lost thrust, and was unable to land at any nearby airport.

While Sullenberger rightfully went down as a hero for safely landing the plane and saving the lives of all 155 people on board, the geese of New York City took the blame for the incident.

Geese are among the highest-risk birds for airplanes, if not the highest, given their large size and the fact that they often fly in large flocks.

According to the FAA, waterfowl like geese and ducks make up just five percent of bird hits but cause 28 percent of the damage.

During eight days in the summer of 2009, workers in New York City coated 1,739 goose eggs with oil to stop their development and gassed over 1,000 geese in an effort to reduce the city’s resident goose population and prevent future bird strikes, according to a New York Times report from 2009.

In 2017, the Associated Press reported that since the 2009 accident, nearly 70,000 gulls, starlings, geese, and other birds had been killed in New York City. In theory, fewer birds in the area would mean fewer bird strikes.

However, the Associated Press found that in the years after bird-killing programs at LaGuardia and Newark ramped up, the number of bird strikes at the two New York area airports actually increased.

AP reported that in the five years before the incident, there were 158 combined bird strikes per year. In the six years after it, there were 299 per year. However, this could be due to more diligent reporting of bird strikes in the wake of the famous accident.

Not all bird strikes pose a serious threat to planes as in the case of Flight 1549. The Federal Aviation Administration states that between 1990 and 2019, there were about 227,005 wildlife strikes with civil aircraft, giving an average of over 7,000 per year.

The number of bird strikes is increasing, but a lower percentage of them are damaging to planes. Research shows the ratio between damaging bird strikes and all reported strikes has been cut in half since the late 1990s.

While over 200,000 animals were injured or very likely killed in incidents over those 30 years, rarely do they pose a danger to people on board. According to the Federal Aviation Administration (FAA), from 1988 to 2019, there were 292 worldwide human fatalities attributed to wildlife strikes.

What’s Contributing to the Increase in Bird Strikes?

According to Boeing, experts expect the frequency and severity of wildlife-aircraft collisions to increase over the next decade for several reasons.

What Is Being Done to Combat Bird Strikes?

Most collisions with wildlife happen on or near the ground, according to Boeing. Because of this, limiting bird strikes often comes down to wildlife management on or near airport grounds.

Forbes reported that the U.S. Department of Agriculture (USDA) has wildlife management staff at about 150 airports and military airbases across the country.

Making airports and the areas around them less welcoming for birds is one aspect of keeping planes (and birds) safe.

Habitat loss is possibly the biggest threat facing bird populations in North America, but keeping the areas directly around airports as bird-free as possible is ideal for the safety of birds and people alike.

Officials do sometimes turn to lethal control, mostly of unprotected species like starlings and pigeons.

Planes are required to be able to withstand a four-pound bird strike, but Boeing says these attributes protect beyond that requirement.

How Common Are Bird Strikes on Planes?

According to the Federal Aviation Administration, there were about 17,228 wildlife strikes with civil aircraft in the United States in 2019.

The FAA says it handles 45,000 daily flights, which equates to about 16.4 million flights per day, meaning one of every 953 flights will experience a bird strike. The vast majority of these bird strikes are not a danger to passengers, however.

Have Birds Ever Caused Plane Crashes?

From 1988 to 2019, a total of 271 civil aircraft were destroyed or damaged beyond repair due to wildlife strikes, according to the FAA.

As we mentioned earlier, the most famous example of a bird-caused plane crash is the “Miracle on the Hudson” in 2009 when US Airways Flight 1549 was forced to make an emergency landing in the Hudson River after striking a flock of geese.

What Happens if a Bird Strikes a Plane?

In all likelihood, the bird will die. What happens to the plane depends on the type and size of the bird. With the vast majority of bird strikes, the plane will be able to continue on its way.

On rare occasions, a bird or flock of birds will cause significant issues, damaging windshields or noses or shutting down engines. In these cases, it’s up to the pilots to land the plane safely.