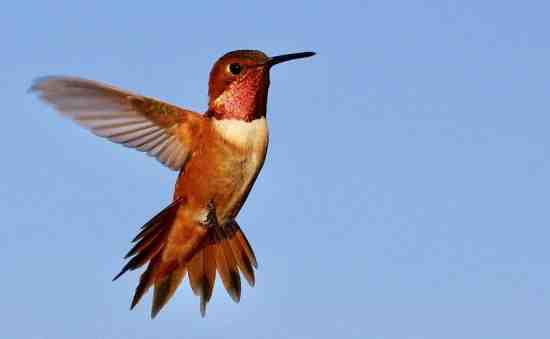 Hummingbirds migration routes and flyway zones that these little birds follow are amazing feats of nature and have been historically followed for many centuries.

They are the time tested and traveled routes over the years by millions of Hummingbirds using these routes to get to their destination.

The Ruby-Throated flies 500 miles one way, non-stop, across the Gulf of Mexico, and that is in addition to the overland route it must take to get to this water route. 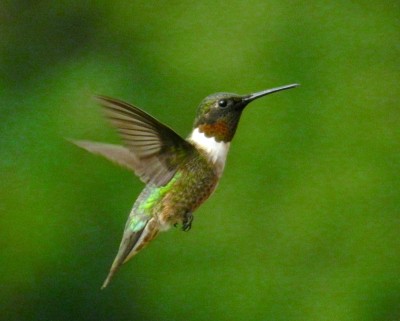 Some Ruby Throats follow the flyway along the eastern side of the Rocky Mountains, others follow the Mississippi Valley and others use the Atlantic flyway. And they all involve crossing the Gulf of Mexico.

Some Rufous Hummers fly 3000 miles on their route from Alaska to Mexico. This is the longest route of any of the species of Hummers.

And if that’s not incredible enough they perform this phenomenal feat, twice a year!

It is important to note, (and will be mentioned in other locations on this website), that keeping hummingbird feeders full into autumn, is very important.

In fact, they should be kept full until a few weeks after the Hummingbirds have not been observed at the feeder.

Hummers will stock up on food before they leave and will be observed at feeders more often in the few weeks before they set out on their journey.

Flowers that they have used as a source of food all summer have died off in the northern regions of North America.

Taking a feeder in, which some people do, for fear of causing them to stay too long, could cause the birds a great deal of stress.

Hummingbirds migrate regardless of whether your feeder is empty or full – so please keep it full!

Normally Hummingbirds will consume twice their weight in nectar on a daily basis.

When birds migrate they require a significant increase in food consumption because of the energy they are spending flying so far.

Therefore Hummingbirds migration takes preparing to be successful so, like other avian migrants, Hummers enter a state called, hyperphagia. 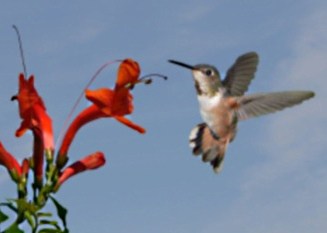 What this means is that they will eat a great deal more, almost constantly, so that their bodies can store the necessary fat deposits needed for their long journey. If you would like to read a fuller explanation of hyperphagia visit www.rubythroat.org.

Stocking up on energy by eating more than usual before wild birds begin their long journey is not the only time they need extra calories. Along the Hummingbirds migration routes these little birds will search out feeding stations and aggressively protect the hummingbird feeders they find along the way.

They may stop at the feeders they find and spend some time at that location even sometimes remaining for a couple of weeks to rebuild their fat stores.

These feeding stations will become regular stops in the spring and fall if the food is consistently available each season.

They will take advantage of late-blooming flowers too along the way and any bugs they come across.

So keep this in mind when you are tempted to bring your feeders in before all signs of Hummingbird activity is over.

You may also want to consider planting late-blooming flowers too.

Read this very important note from The Cornell Lab of Ornithology 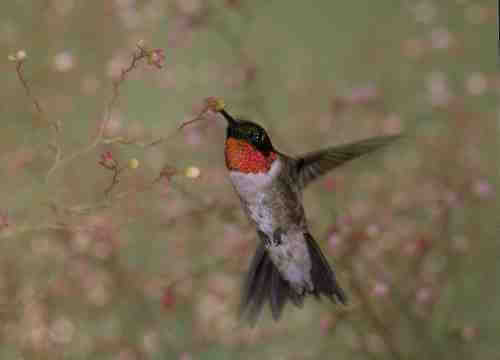 2. The second need is water:

Hummers will also require water along their route, for drinking and bathing. A feeding
station with a source of water such as a small shallow pond or birdbath will make a first choice layover.

3. The third need is shelter:

They will require shelter for resting and safety from predators. Small bushes and trees within 10 to 20 feet of the feeding and watering area will work well to provide this necessity.

How Far do Hummingbirds Range?

Hummingbirds are native to South America.

When the early Spanish explorers saw them they called them “Joyas voladoras”, meaning “flying jewels”.

They had never seen such tiny acrobatic wild birds before arriving in the new world, because Hummingbirds are not native to the Eastern Hemisphere of the world.

There are 343 species of Hummingbirds in the Western Hemisphere.

Most of these species are permanent residents of tropical and sub-tropical regions.

There are 16 or “so” species that summer in North America and follow a migration route in autumn south to warmer and more tropical climates in Central and South America.

Sixteen species of Hummingbirds breed in the US and Canada where they enjoy the habitat.

The southwestern regions of the United States host the largest variety in these two countries. 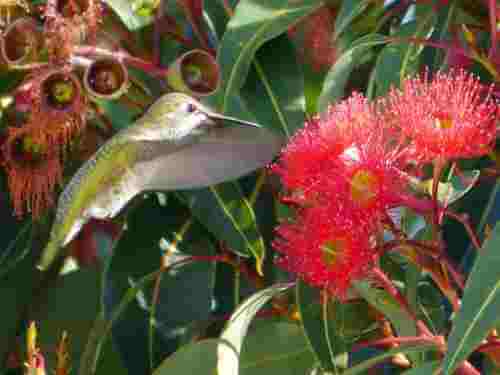 Three species are considered permanent residents of the United States and Canada, Anna’s, Allen’s, and Costas. This means some birds of each of these species will remain throughout the entire year, although others of each species will migrate farther south.

The Anna’s Hummingbird is the only one present all year in Canada. This Hummer can be found on Vancouver Island in British Columbia in winter. Some of the wild birds from this species though will migrate to more southern destinations until warmer temperatures start to return to the north.

The only Hummingbird species that breeds east of the Mississippi is the Ruby-Throated Hummingbird. But occasional sightings of other species are observed at feeders in the eastern half of North America on a semi-regular basis.

Most Hummingbirds live all year or winter in Mexico, Central America, and South America. Hummingbirds from the north migrate to these regions because of the availability of insects and blooming flowers, which are no longer available in the northern regions during winter.

It is an astounding achievement of strength and endurance during Hummingbirds migration twice a year!

> Keep your syrup feeders fresh & full until you take them down.

> Do not take your feeders down until 2-3 weeks of no Hummer activity have been observed at your feeders.

My sister-in-law says her Hummers like this feeder best.

Your Hummingbirds will love these!

Just place them in your existing birdbath and plug them in.

They come with their own pump.