There are a number of major migration flyways around the world, lets have a look. 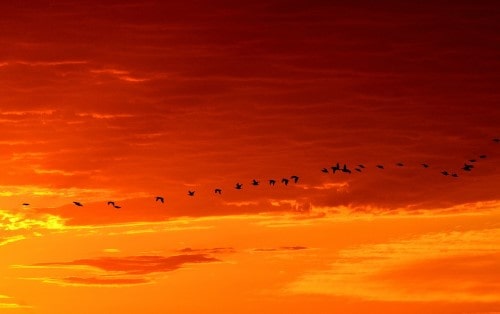 Geese On Their Way

You may wonder, Am I on a bird migration route?

There are 4 main migratory routes in the Western Hemisphere shown in the map of North America to the right.

Cornell Lab of Ornithology have a very cool migration map in motion that depicts 118 bird species migrating through the Western Hemisphere.

In the Eastern Hemisphere there is the East Asia/Australasia Flyway and the East Atlantic Flyway.

This migration map shows the migratory cross over between the hemispheres that some shorebirds travel over and around the Pacific Ocean. 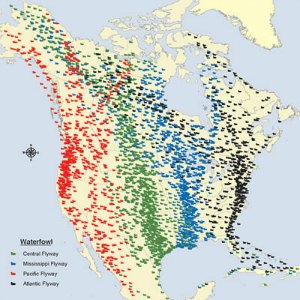 You may live close to one of these flyways and may find it very interesting to visit a good bird watching spot on one of these main migration routes of the world!

Contact your local bird watching club group to ask where you can find a great spot.

Do You Know the Migration Movements In Your Neighbourhood?

In your neighbourhood wild birds begin to gather and move about in preparation for their journey. It has still not been determined exactly what causes birds to know they must prepare for this long journey, perhaps the depleting sunlight or changing temperatures.

As the weeks progress they will meet up with other groups and enter into their major migration flyways which will carry the bulk of their species to warmer destinations.

Scientists have also not completely decided on how the wild birds know which path to take whether it be the sun, the stars or the earth’s magnetic field that guides them is unclear. 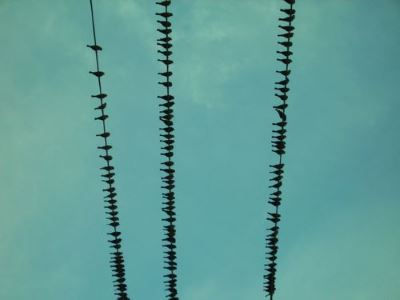 Recognize this scene?
Gathering Together for the Trip

Of course not all birds migrate. A few are called sedentary birds and live their entire lives in a very small area.

But most birds do migrate. Some do a full migration and other wild birds will relocate a little further south for the winter months.

Bird Migration Is An Arduous Task!

Because bird migration is an arduous task for our feathered friends, they need to make lots of fuel stops.

Over the course of time, birds seem to learn and remember where the abundant sources of food are located along their flight path.

This is the reason why I always encourage backyard birders to keep their feeders full throughout autumn and early spring months. 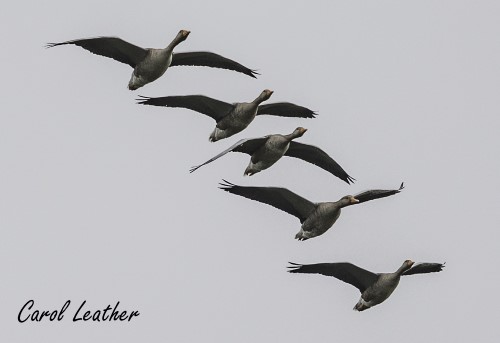 This is especially true during hummingbirds migration, these little flying jewels require frequent fill ups of high-octane nectar to carry them thousands of miles to and from the sunny south.

Are You On A Migration Flyway?

Now, let’s get back to the question of whether you are situated on a bird migration route. The answer is simple, sort of, “You are!” But, then again, “You are not.”

But before you claim that you do not live near any of these areas and therefore are not on any migration flyways, consider this. 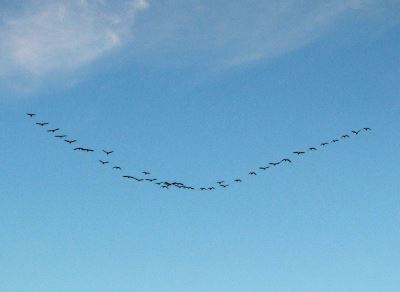 Look up! This may be your view too.

When we set out on a road trip we must travel along roads that lead to major highways that will take us to our destination.

We consider the entire route we take to be part of our trip, not just the major highway chosen to drive on.

Similarly, wild birds live in many different locations and in the autumn they travel different paths until they all finally arrive and join others in the major migration flyways of their trip south. (The same situation will take place in the spring when it is time for our feathered friends to make their way north.) 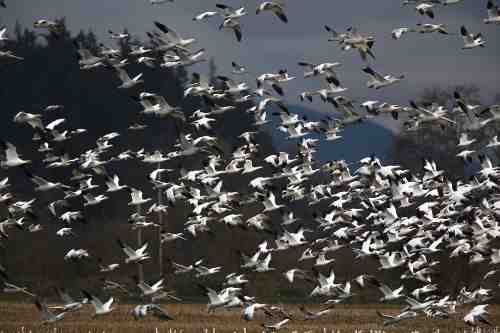 Snow Geese Migrate In Large Flocks
All About Birds Report In The Hundreds of Thousands!

This is not unlike the thousands of human snowbirds who migrate south each autumn and return north in the spring.

If you live in eastern Canada or the northeastern United States there are three major routes that you follow twice a year on your annual migration south to Florida and then returning home.

But not every snowbird lives along one of these three north-south expressways, instead they may drive many miles along other roads until they connect with their major north-south route.

The reason why backyard birders should keep their feeders full throughout autumn and early spring months… so that no migrating bird goes without!

How to Encourage Migrants to Visit Your Bird Feeders?

Leaving your feeders up all year or at least during the autumn and spring feeding seasons will encourage migrating birds to visit your backyard.

You will get the opportunity to see birds that are not usual inhabitants to your area.

A watchful eye can turn up some unusual and unique sightings.

In our area I love to see how many different members of the Warbler family visit our yard each spring and autumn. Fruit and mealworm offerings help to encourage them to stop by.

For a number of years I would see a lone male Painted Bunting at my feeders only in the spring and fall for a couple of weeks each season. He was truly a beautiful sight. 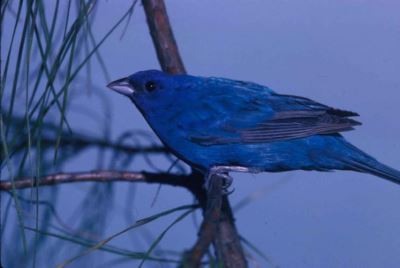 Friends and neighbours often report seeing unique species in the area, but I think the most interesting and rare sighting was made a few years ago by my parents.

Early one spring day, my dad spotted a white pelican swimming along the shoreline of their Georgian Bay home.

This beautiful bird stayed three or four days before it left. Mom and Dad often wondered if the white pelican made its way back on course and ended up in its natural summer habitat of the northern prairies.

It most likely had been blown off course by strong winds or perhaps took up traveling with a flock of Canada Geese, who knows. But it was an exciting bird watching experience for a few days. 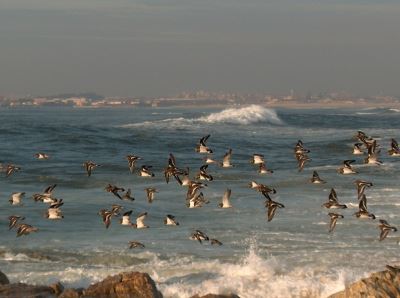 But, let’s go back to the initial question. Do you live on one of the migration flyways? The answer is, Yes. Some routes are feeder paths to the major migration highways. So you may not live on a major flyway but you do live on a feeder migration route.

Take time to sit back, enjoy a cup of tea and wait for the next visitor to arrive at your backyard feeder. You might be in for a delightful surprise!

Learn about the #2 killer of 1 billion wild birds in North America alone & it happens during migration.