Do Hummingbirds Have Predators? Threats To Look Out For 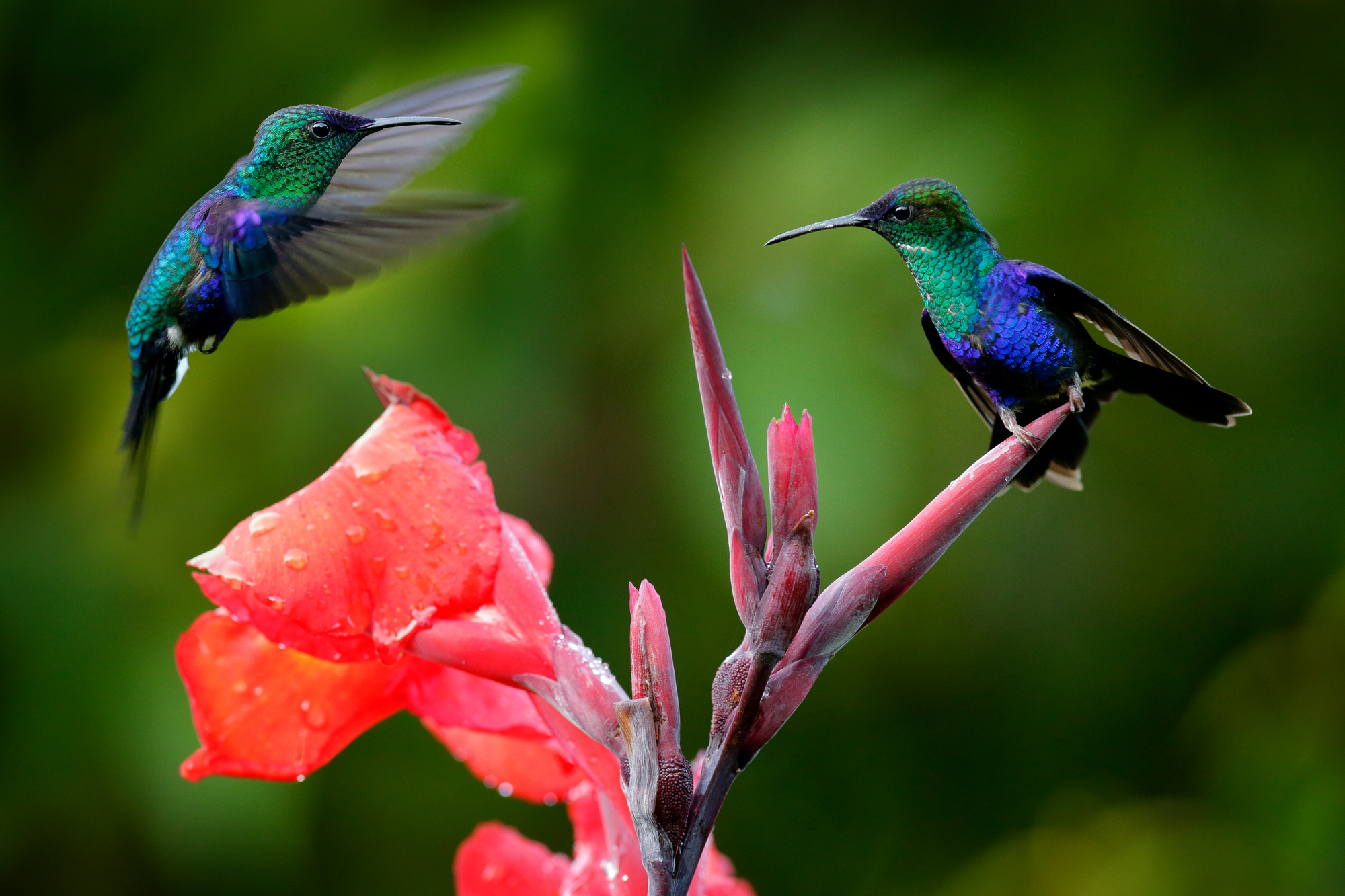 When most people think of hummingbirds, the first thing that comes to mind is their beauty. These tiny creatures are so graceful as they flit about, and it’s hard not to be mesmerized by them.

But there’s more to hummingbirds than meets the eye. These little birds are also fascinating creatures with a lot of interesting adaptations that help them survive in the wild.

One of the most interesting things about hummingbirds is that they have a lot of predators. In fact, these tiny birds are hunted by a wide variety of animals, including other birds, snakes, and even some mammals. But don’t worry, these little guys are pretty good at protecting themselves!

While the small stature of the hummingbird offers them many advantages, it also makes them more vulnerable to predators (if they can catch them of course!)

Here are a few of the most common hummingbird predators.

Typically, large hawks won’t bother with a small snack like a hummingbird.

In fact, some research even shows that large hawks protect hummers because their presence deters other predators from the area. Hummingbirds nesting near hawks are usually more successful in raising chicks!

Hawks aren’t the only bird predators that hunt hummingbirds, though.

Owls, crows, Blue Jays, American Kestrels, and even some other types of small birds have been known to prey on these tiny creatures.

Another common predator of hummingbirds is snakes.

Snakes will eat just about anything they can catch, and that includes hummingbirds. In fact, some snakes have even been known to climb trees to get to hummingbird nests.

In addition, hummingbirds have been found among bullfrog’s stomach contents. While it’s not known how often this occurs, these species are opportunistic feeders, so they won’t turn down a feathery feast passing by.

Mammals, such as raccoons, opossums, and even some types of bats, also prey on hummingbirds. Don’t forget that sweet Sylvester-cats (both pets and feral) are known to bring home these tiny creatures to your doorstep.

Mammals usually eat the entire bird, including the feathers, but they also go for the hummingbird eggs — usually when the mother hummingbird is away from the nest.

Female hummingbirds cleverly utilize spider silk as nesting material. Unfortunately, collecting this material puts them at risk of getting caught in spider webs. Large spiders are known to eat hummingbirds when presented with the opportunity.

Other, large, aggressive insects have been observed attacking hummingbirds, such as:

However, instances of hummingbirds being killed by these species are rare.

How Do Hummingbirds Protect Themselves From Predators?

Basically, hummingbirds can be eaten by anything bigger and bolder than themselves. With so many predator pressures, how do these miniature birds protect themselves?

Luckily, they have a few tricks up their tiny sleeves.

The first line of defense for hummingbirds is their size and speed. These birds are so small that many predators can’t even see them, let alone catch them. Their speed and agile movements make them very difficult to catch.

Another defense mechanism used by hummingbirds is camouflage. The bird’s plumage is often very well-camouflaged, making it difficult for predators to spot them amongst the glittering backdrop of nature.

If worst comes to worst, hummingbirds can quickly detach their tail feathers, which confuses predators and allows the bird to escape.

The tail is often the leaping predator’s first point of contact, so the ability to lose these feathers rapidly gives hummingbirds a second chance.

The flattering hummingbird is not often thought of as aggressive, but these birds will fiercely defend their territories from all sorts of animals, including other hummingbirds and approaching predators.

Their mates, nests, and food sources are worth fighting for, and these birds will not hesitate to attack anything that comes too close.

Other Threats to Hummingbirds

While predators present a very real threat to hummingbirds, there are other dangers these birds face as well.

One of the biggest threats to hummingbirds is habitat loss. As humans continue to develop and encroach on natural habitats, there is less room for these birds to live and nest. This not only makes it difficult for hummingbirds to find food but also puts them at risk of being killed by predators.

Another threat to hummingbirds is pesticides, which are chemicals that humans use to kill insects and other pests. However, these chemicals can also be harmful to birds, especially when they eat insects that have been poisoned with pesticides.

Climate change is also a threat to hummingbirds.

As the climate continues to warm, the range of many hummingbird species is shifting northward. This means that these birds are coming into contact with new predators and competing with other animals for food.

Finally, extreme weather can also be a threat to hummingbirds. Extreme heat or cold can kill these birds, and severe storms can damage their nests, destroy food sources, and throw them off their migration routes.

What You Can Do To Protect Hummingbirds

For us hummingbird admirers, it can feel a bit depressing to see all the trials and tribulations these extraordinary creatures must face in their lives. From predators to human influence, these little guys have it rough.

Luckily, there are a few things you can do to protect these amazing creatures.

Hummingbirds are amazing creatures that play an important role in the ecosystem.

The food chain is brutal and unfair at times, but protecting them from predators and human influence can help ensure their survival. By taking simple steps to make your yard bird-friendly and avoiding pesticides, you can help these little guys out.

Thanks for doing your part to protect hummingbirds!