When Do Hummingbirds Arrive In & Leave Vermont? 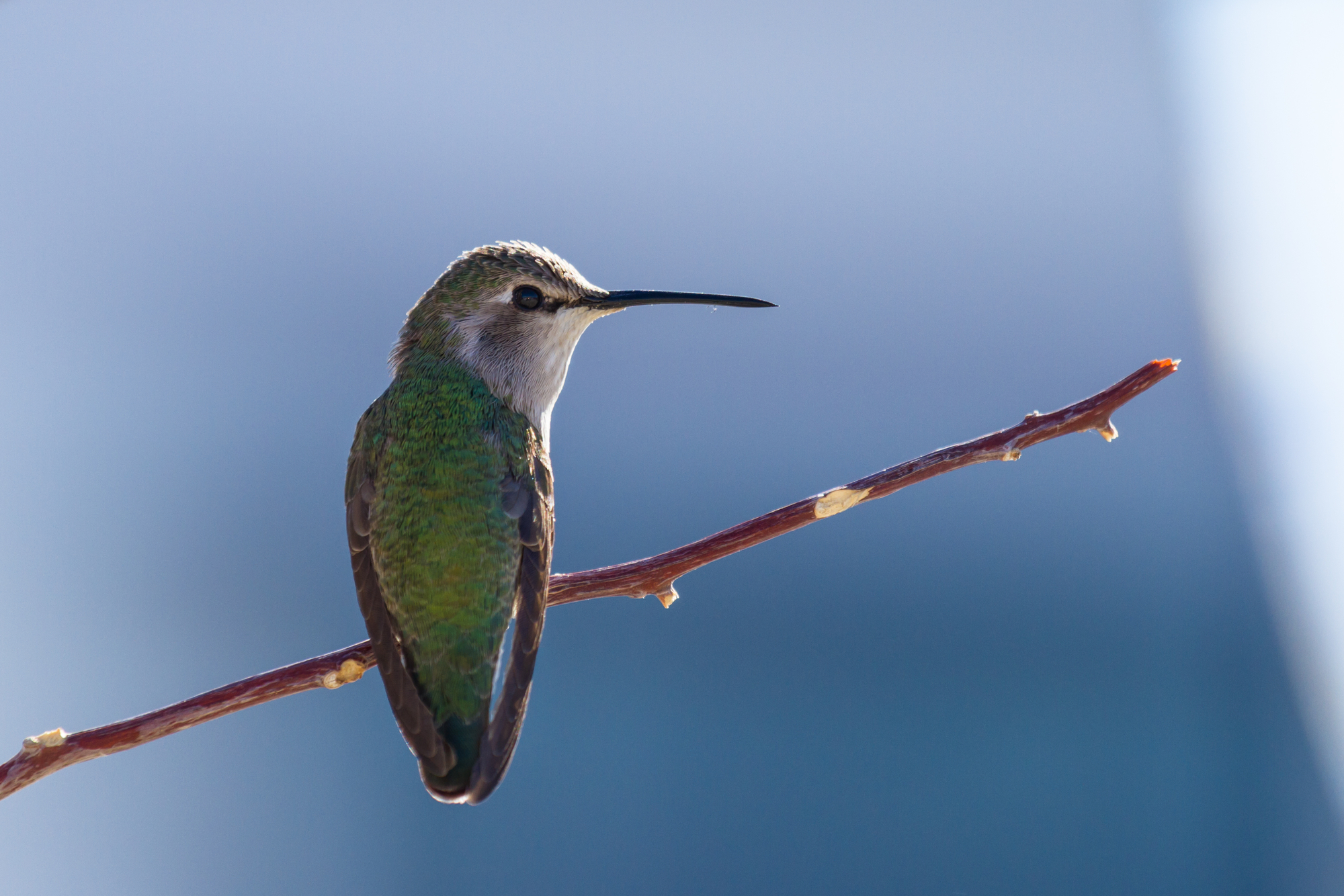 Hummingbirds are wonderful, tiny birds that migrate twice a year. First, they leave their winter homes in Central America and South America to travel north. Some months later, they leave their northern breeding grounds and head back south.

Hummingbirds typically arrive in Vermont in mid-April and leave in September. Males arrive a few weeks before females do. While female birds are in the state, they build nests, find mates, lay eggs and raise their hatchlings.

Understanding the ins and outs of hummingbird season will help Vermonter bird enthusiasts have the best luck when it comes to spotting hummingbirds. You can also prepare your garden and landscaping to attract more of these lovely little birds!

Which Hummingbirds Can Be Found in Vermont?

More than a dozen hummingbird species live in or routinely visit the United States. While some states see many of these varieties, Vermont only sees two.

There is only one species that is considered native to Vermont: The Ruby-throated hummingbird.

These birds are recognizable by the ruby-colored patch on their throats. Males have a black forked tail that can look violet in certain lighting. Females have notched tails and banded feathers.

Rufous hummingbirds are not native to the state, but they are frequent visitors. Their name comes from the reddish-brown color of their feathers.

These little hummingbirds have big personalities, and frequently chase away other hummingbirds, larger birds, and even rodents from the flowers and feeders they visit.

When Do Hummingbirds First Arrive in Vermont?

Ruby-throated hummingbirds travel great distances to arrive in Vermont. First, they fly over 500 miles to cross the Gulf of Mexico. Their total distance to Vermont is over 2,000 miles!

Birds arrive in Vermont from mid-April to mid-May. This puts females in Vermont at the perfect time to nest and lay eggs in the warm spring and summer days.

If they arrived earlier, it would be too cold. Too late, and they would miss out on the spring blooms that provide them with the nutrients they need.

Who Arrives First: Males or Females?

Hummingbird migration habits are determined by their sex.

Vermonters will typically notice males first, with their noticeable ruby-colored throats. That’s because males arrive a few weeks before the females.

When females arrive, they find mates and build their nests. It takes some time to choose a perfect location, gather nesting materials, find a mate, and lay eggs. Males arrive first because dividing the migration into two main groups prevents over-competition for resources during and after migration.

Hummingbird arrivals are somewhat predictable. We generally know when they will arrive in each state or region.

However, there will always be variations in their behaviors. For example, a tropical storm could delay departures from Central America or South America.

Similarly, a late spring storm in Vermont could slow them down, because they certainly won’t want to arrive in cold temperatures!

Regardless, you can typically expect a mid-April to mid-May arrival in the United States.

How to Attract Hummingbirds to Your Vermont Backyard

Is there anything better than spotting a hummingbird? That first sighting in April or May is always a joyous moment.

If you want to improve your chances of seeing hummingbirds in your yard, there are a few simple steps you can take—you don’t have to depend on luck!

To see hummingbirds throughout the season, you need to grow the right plants, protect your yard’s natural insect population and be responsible with your hummingbird feeders.

The primary goal of planting flowers to attract hummingbirds is simple: Give them nectar.

Hummingbirds are some of nature’s most effective pollinators, so they are drawn to pollinator-friendly plants. If a flower is colorful and blooms in a tubular shape, it likely holds a lot of nectar.

In Vermont, some plants are much better than others at satisfying a hummingbird’s quest for nectar. We recommend that you grow impatiens, hollyhocks, fuchsia, bee balm, begonias, dark purple irises, and morning glories.

What to Do About Insects

The flowers you’re planting to attract hummingbirds may also attract insects. So what are your options?

If you destroy insects, you are also destroying other important aspects of a hummingbird’s diet. Insects provide birds with the fats, proteins, and salts that nectar can’t provide.

Hummingbirds eat bugs, including larvae and eggs. An insect-rich yard is much more attractive to hummingbirds than a bug-less yard.

Are Hummingbird Feeders a Good Idea?

The very best way to bring hummingbirds to your yard is to have a garden that is full of nectar-producing plants.

Many birders want to know if they can supplement hummingbirds’ diets with store-bought or homemade hummingbird nectar feeders.

After hummingbirds arrive in Vermont, following their long migration, they need to eat as much as possible. They will also need to store up energy before traveling south for the winter.

These are two of the times when hummingbird feeders are especially important! It’s also helpful when you haven’t had the chance to develop your garden yet, only have a little bit of space to work with, or when weather events have delayed the blooms of your favorite nectar sources.

When Should Vermonters Put Out Their Hummingbird Feeders?

If you put your nectar feeder out a few weeks before hummingbirds are set to arrive, you’ll be ready for the earliest arrivers.

We recommend that you display a clean, hummingbird-safe feeder in early or mid-April. You can also put out water sources and potted plants to provide hummingbirds with the nutrients they need upon arrival.

When Do Hummingbirds Leave Vermont?

Hummingbirds leave Vermont by mid-September. Because of the unique behavior of each individual bird, they won’t all depart on the same day, or even in the same week.

Males will depart first, followed by females a few weeks later. Juvenile birds will travel with the females, not the males.

If some birds are slower than others, they may not leave until October. However, hummingbirds typically want to leave Vermont before the winter months are too cold for them to find nectar and insects to eat.

When Should You Put Away Your Hummingbird Feeders?

Leave your hummingbird feeders out until the hummingbird population has moved on from your area.

If stragglers are hanging on before migrating, your feeder will be exactly what they need for their energy levels. If you regularly spot hummingbirds, don’t take your feeder in until it has been at least two weeks since your last spotting.

You can typically bring in your feeders by mid to late October.

Migration Differences Throughout the State

Vermont is a small state, and there are minimal variations between the region when it comes to hummingbirds. They travel about 20 miles a day during their migration over land. They can make it across the state pretty quickly!

Attentive birders will be able to see hummingbirds in Vermont for a few months. Their arrival signals the warmer weather, and they are an appealing sight at hummingbird feeders throughout the state.

Here’s to seeing a lot of hummingbirds in the state this year!