How High Do Hummingbirds Fly? A Few Soaring Flight Facts 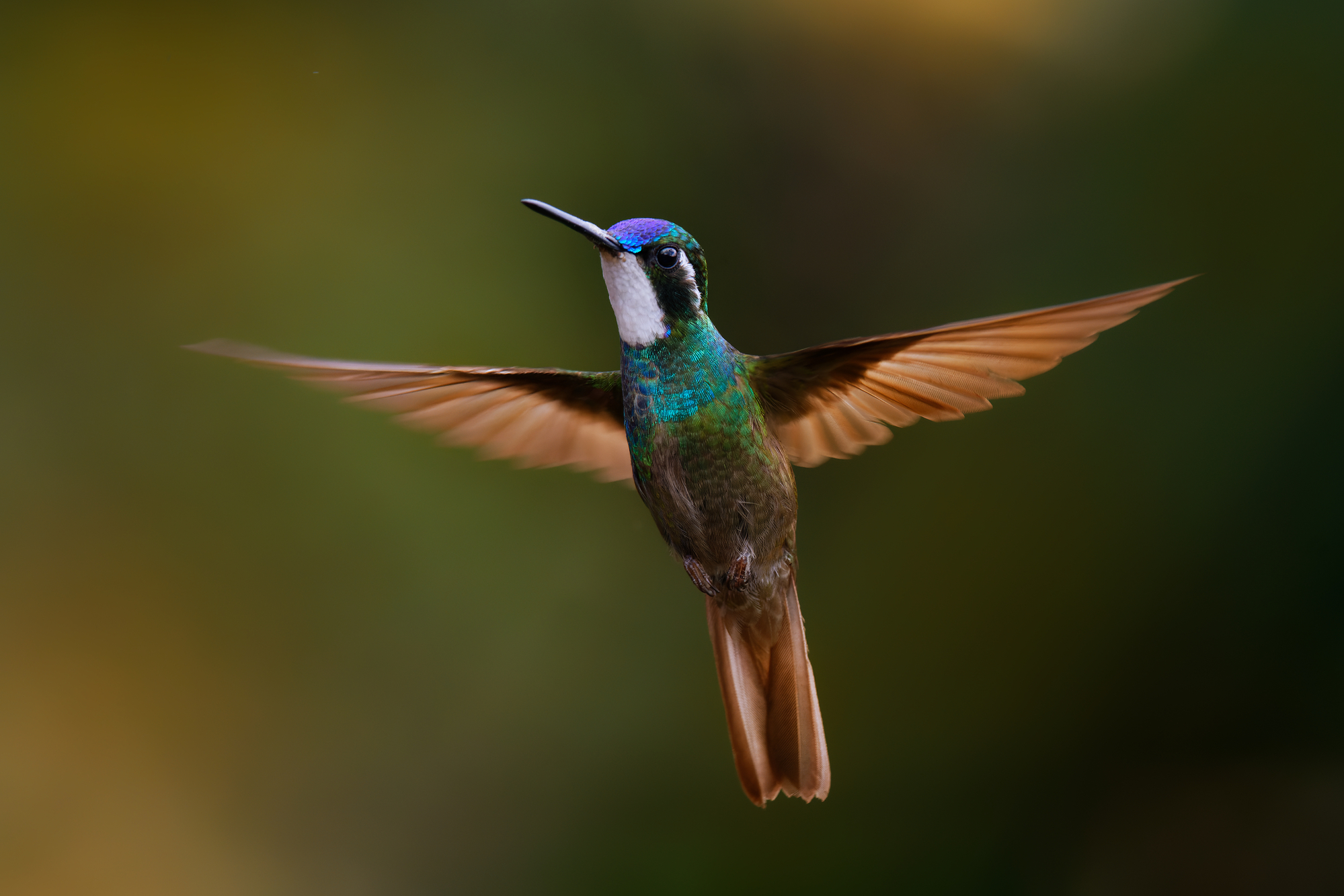 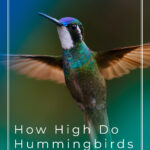 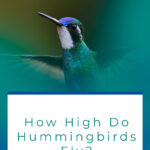 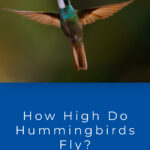 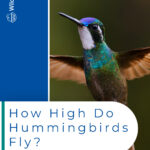 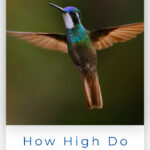 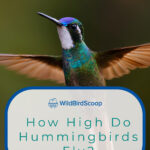 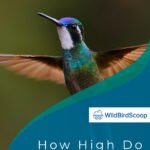 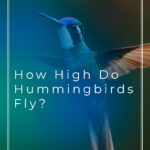 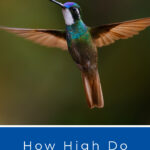 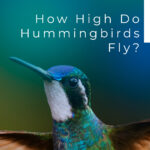 A hummingbird’s flight is one of the most interesting things about it. Once you have witnessed them sweeping and soaring, undertaking their acrobatic movements, it makes you want to know more about their flight patterns and habits.

There are a lot of fascinating things to learn about hummingbird flight, but the main question you may have is: how high do hummingbirds fly?

How high hummingbirds fly will depend on whether they are searching for food, feeding, or migrating. Hummingbirds can alter their altitude by dipping and ascending, depending on what their aims are and where they are going.

When they are traveling long distances, hummingbirds will tend to fly at considerably higher altitudes.

This behavior is typically spotted in the spring when they are migrating north from South or Central America, making their way to their breeding and nesting sites across North America, or making their way back south in the fall.

Of course, not all modern hummingbirds migrate. But many of the bird species spotted in North America are migratory hummingbirds.

When searching for food, hummingbirds will usually fly lower, just above the height of the trees and other vegetation.

They tend to stay close to the tree canopy most of the time. From this height, they can gain a better vantage over forests, woodlands, meadows, fields, and gardens, and spot any food sources such as nectar-rich flowers down below.

When feeding, of course, they will swoop down and dip much lower, flying around feeders and natural food sources such as hummingbird-friendly flowers or feeders in the garden.

This flight is often very close to the ground, or at around head height or eye level, depending on where their food sources are to be found.

How High Do Hummingbirds Fly When Migrating?

Hummingbirds can travel long distances while migrating. During their migratory flights, hummingbirds have been known to fly at elevations of up to 500 feet — a soaring accomplishment for such tiny birds.

Usually, these flights take place over land, and even over open bodies of water such as the Gulf of Mexico.

Amazingly, they can maintain this height for quite some time. During migration, Hummingbirds can remain on the wing for as much as 18-22 hours before they land.  Indeed, they cannot land when traveling over water.

Hummingbirds can also travel over quite astonishing distances.

One record-breaking bird is believed to have flown 3,500 miles – the longest migration of a hummingbird ever recorded. Indigenous groups in Alaska reasoned that hummingbirds made this remarkable migration by traveling on the back of geese.

But no — hummingbirds can make these migration journeys, flying quite high, over long distances, with amazing stamina, all on their own!

How High Do Hummingbirds Fly When Looking for Food or Nesting Sites?

When they arrive in spring, or when looking for food or nesting sites, hummingbirds will tend to fly just above the height of trees.

They remain just about the tree or shrub canopy, which gives them a good vantage over the terrain and surroundings. They also allow them to spot good territory or nesting sites with water and good food sources nearby.

Because hummingbirds need a lot of energy to maintain their flight and sustain themselves, they are consistently searching for fresh nectar sources and places where there are plenty of insects for them to eat around.

Male hummingbirds arriving in spring will seek to establish their territory before females arrive, and will seek out a good position from which they can observe and defend that territory.

Once the females arrive, and breeding season commences, the females will seek out nesting sites and build their nests, where they will lay their eggs.

How High Do Hummingbirds Fly When Feeding?

While feeding, hummingbirds usually fly low to the ground to inspect and hover at nectar-filled flowers or to grab insects to eat from the air.

They also fly low to gain access to find feeders that humans have left out for them. You’ll often see them flying around individual gardens where ideal hummingbird habitats, sweet nectar in flowers, and plenty of other food for hummingbirds can be found.

They are active and flying usually throughout most of the daylight hours.

What Height Should You Hang a Hummingbird Feeder?

Your access and comfort matter as well. Remember, you need to be able to easily access the bird feeder yourself as you will need to clean and refill it regularly.

So while a hummingbird can fly both higher and lower, around head height is the optimal height for your hummingbird feeder for these other reasons.

Other Amazing Facts About Hummingbird Flight

The range of altitudes at which hummingbirds can fly is fairly remarkable for their size. But hummingbird flight elevation isn’t the most astonishing thing about them.

Rather, it’s their flight speed.

These amazing birds regularly reach amazing speeds of 20 to 30 miles per hour. As if that’s not enough, they can reach almost triple that — almost alarming speeds during their courtship displays.

Common North American hummingbird visitors fall somewhere in the middle of the range. For example, the ruby-throated hummingbird flaps its wings around 50 times per second. Meanwhile, the rufous hummingbird wings beat a little faster – at around 52-62 wing beats per second.

These speeds in birds are almost unheard of!

During courtship displays, some species flap their wings so fast that scientists must use high-speed photography to capture the motions too swift to see with the naked eye.

What’s even more impressive is the fact that hummingbirds can do more than just fly forward at great speed.  They can also hover, an adaptation that allows them to obtain nectar from flowers and feeders.

They can also fly backward. And even, for brief moments, fly upside down. This acrobatic flight in hummingbirds is something that few birds will ever mimic.

So if you are lucky enough to be able to see hummingbirds where you live, take some time to appreciate and admire how hummingbirds fly!