Is Red Dye Bad For Hummingbirds? Everything You Need to Know 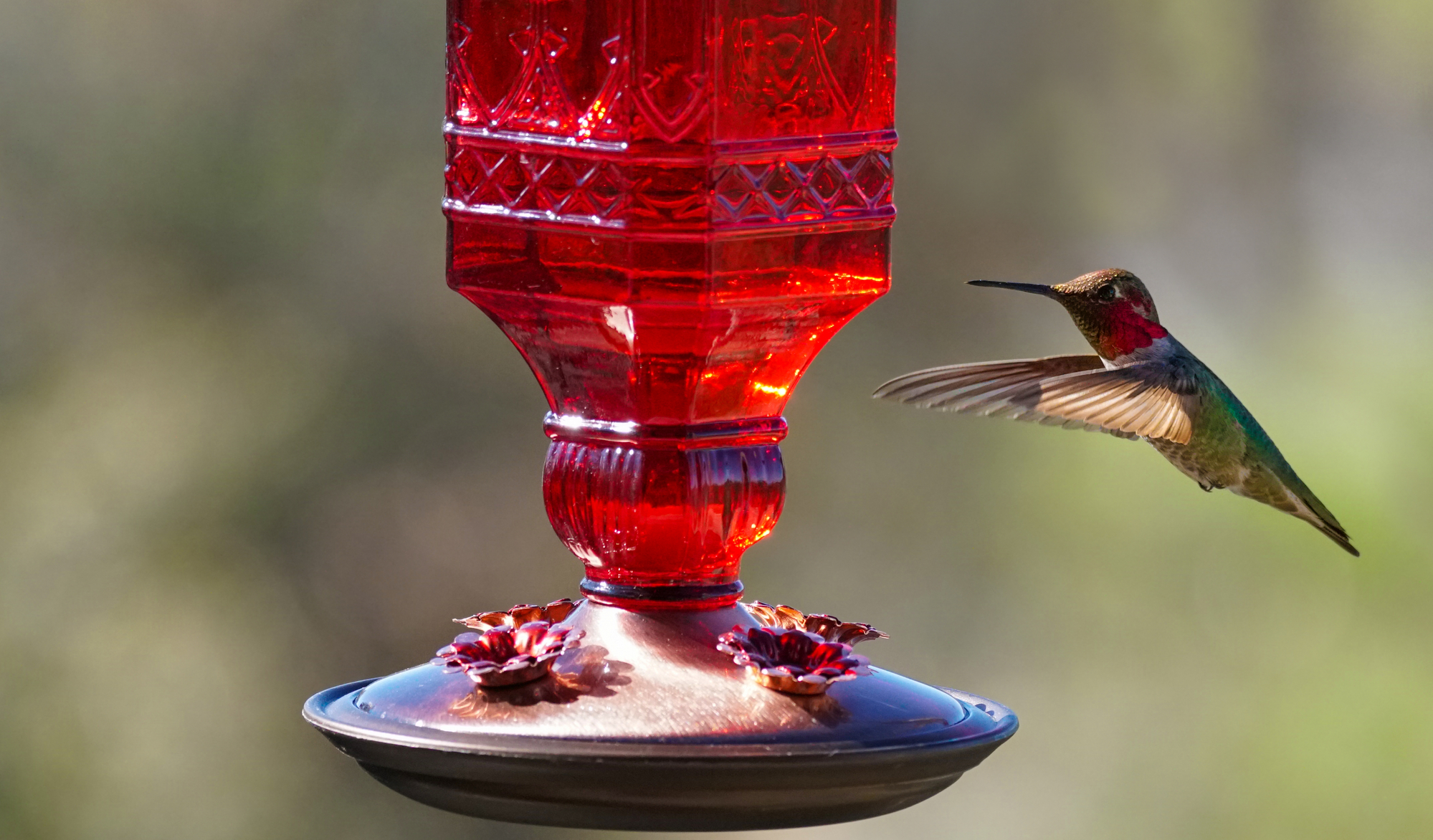 Red dye is a popular food coloring used in everything from cake icing to sports drinks. It makes food look more appealing and can even enhance the flavor.

We avid bird watchers can be desperate to attract our favorite birds to our yard. From what we know of hummingbirds, they are attracted to red-colored flowers. So it is logical to think that if we put out a feeder with red food colorant added to the nectar, they will be more attracted to it.

This thinking has led many people to put red food coloring in their hummingbird feeders. Unfortunately, this is not a good idea, and feeding hummingbirds red dye may have some harmful effects.

This made sense when nectar feeders were built out of colorless, transparent materials.

But now that most nectar feeders are made of red plastic, there is no need to add food coloring. The red hummingbird feeder will already attract hummingbirds.

Red dye adds no benefit to the nectar and poses a potential risk to the birds.

The red dye scare of the mid-1970s was the catalyst for people’s worries about hummingbird fatalities caused by red dyes.

Researchers thought that the standard Red Dye No. 2 (Amaranth) in food, drugs, and cosmetics might be linked to cancer development in lab rats, prompting panic. In 1976, the U.S. Food and Drug Administration (FDA) banned the use of amaranth in food products.

Red Dye No. 40, also known as Allura Red, replaced it as the most widely used red food coloring. This dye has been FDA approved and is used in the food industry. Although it’s approved for human consumption, there is still some suspected risk, particularly in affecting children with behavioral issues.

Red Dye #40 is banned in several countries, but not the United States. The Center for Science in the Public Interest (CSPI) has called for a ban on the use of this food coloring, as well as five others.

Studies have found that when rats were given high doses of Red Dye No. 40, they had an increased risk of developing tumors.

There’s no solid proof of dyes leading to tumors or other adverse effects in hummingbirds, but there is much anecdotal evidence from experienced bird rehabilitators.

While more research is needed, it is best to avoid using food products that contain this dye, as well as any other synthetic food dyes.

Yes, most pre-made nectar is safe for hummingbirds. You can find commercial nectar at your local grocery or home improvement store. Be sure to check the ingredients to make sure it does not contain any red dye.

If you are unsure, you can always make nectar at home. It is easy to do, and you can control what goes into it.

What About Other Red Food and Drinks?

Any red food coloring or artificial coloring is unsuited for these little birds. That means no red soda, Kool-Aid, Jell-O, cake decorating gel, or anything else that contains synthetic red dyes. These products can be toxic to hummingbirds and should be avoided.

In general, no human food or drinks should be given to hummingbirds.

Hummingbirds have drastically different metabolism and nutrient requirements. Their small size means even small amounts of the wrong food can be harmful and cause premature death.

Stick to nectar, as it is designed specifically for them.

Now that you know red dye isn’t necessary (or even recommended) to attract hummingbirds, what is the best way to do it?

The best way to attract hummingbirds is by planting flowers that attract them. Hummingbirds are most attracted to red, tubular flowers. Some of the best plants for attracting hummingbirds include:

Planting a variety of these flowers in your yard will give hummingbirds the nectar they need and help them thrive!

Making hummingbird nectar at home is unbelievably easy, and it’s much better for the birds than store-bought nectar with red dye.

To make hummingbird nectar, simply mix four parts water with one part sugar. That’s it! No need to add any food coloring or other ingredients. Be sure to use regular white table sugar, as brown sugar or honey can cause problems for the birds.

Change the nectar every few days to keep it fresh, and be sure to clean your hummingbird feeder regularly with hot, soapy water.

Red dye is not suitable for hummingbirds. In fact, it can be harmful to them. The best way to attract hummingbirds is by planting brightly-colored flowers they are attracted to or by making nectar at home with water and sugar.